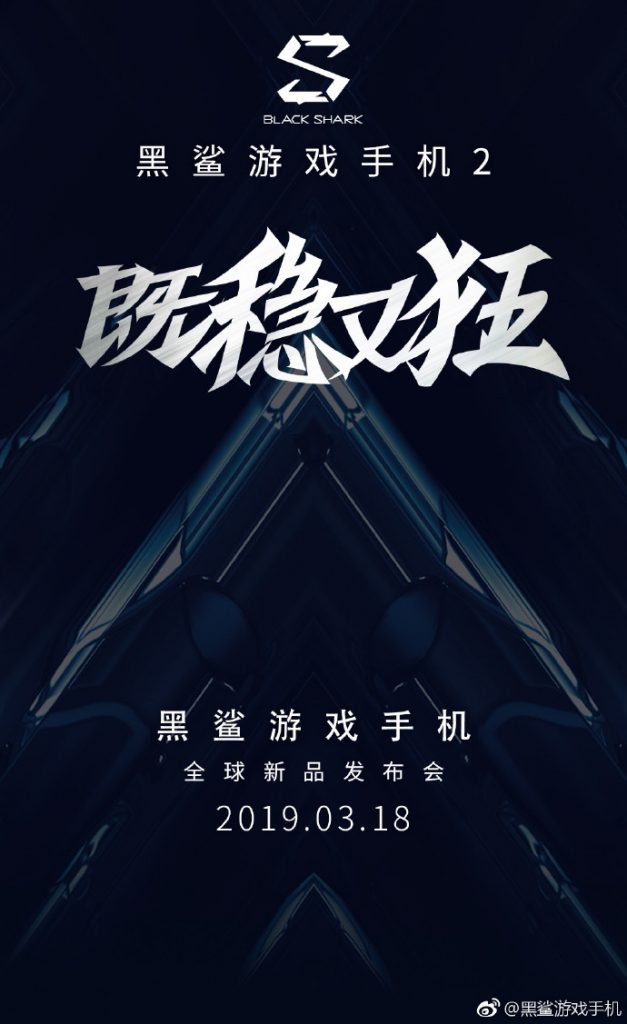 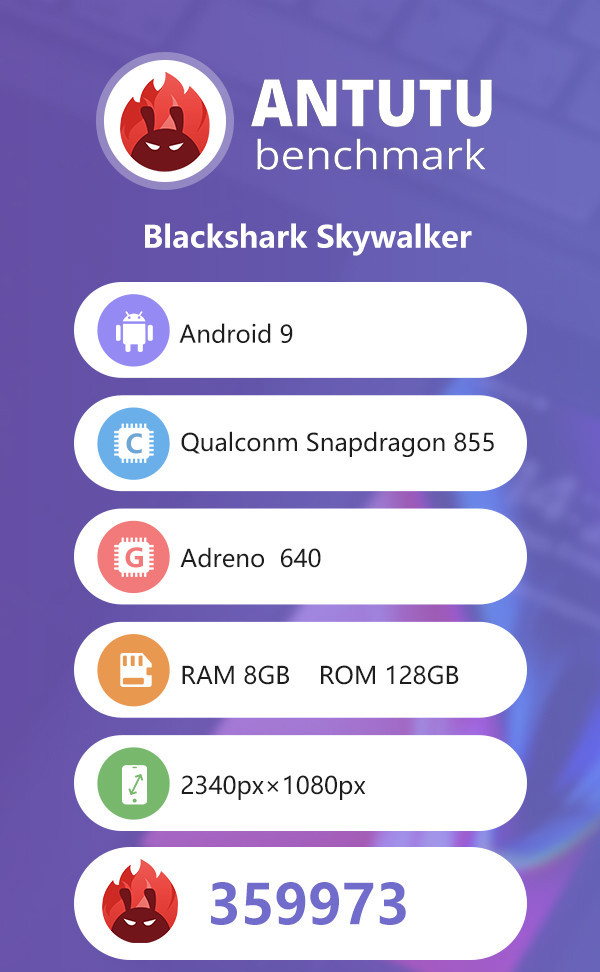 The device also spotted on AnTuTu with 359973 points, placed just behind the Xiaomi Mi 9 with 371849 points. Also the AnTuTu listing revealed that the gaming phone will  come with 2340 × 1080 pixels display with waterdrop notch. It will have 8GB of RAM with 128GB storage version and will be armed with Snapdragon 855 SoC chipset and runs on Android Pie.
Also the early rumor revealed that ccording to the latest rumor, the gaming smartphone Xiaomi Black Shark 2 (Codenamed Black Shark Skywalker) will sport a 6.01-inch display with the resolution of 1080 x 2160 pixels . It will come with 8GB RAM/12GB RAM , 256GB storage version. It will be powered by Octa-core Snapdragon 855 SoC chipset and will run on Android 9.0 . It have the dimension of 160 × 75.26 × 8.7mm and will be backed up by a 4000mAh battery.
The device will include vertical dual rear camera arrangement and rear mounted fingerprint sensor. It will also feature Liquid Cooling 3.0 system and also it will have Dual Speakers and Gamepad support.
We will get more confirmed information related to the device very soon.