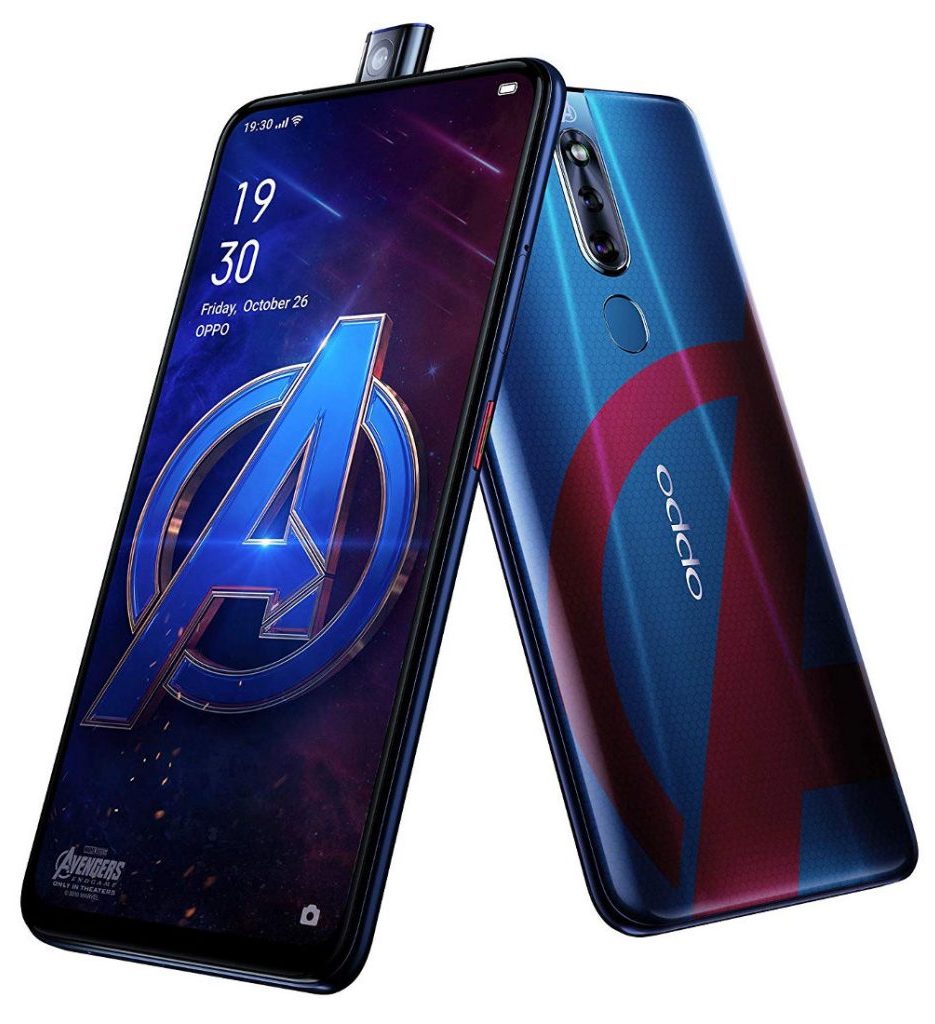 Just after the announcement of Oppo F11 Pro Marvel Avenger Edition in Malaysia at 1,399 Malaysian Ringgit (US$ 338 / 23,665 approx.), now the smartphone manufacturer Oppo launched it in the Indian market at Rs . 27,990. Since, this latest limited edition smartphone has already been announced in partnership with Marvel. 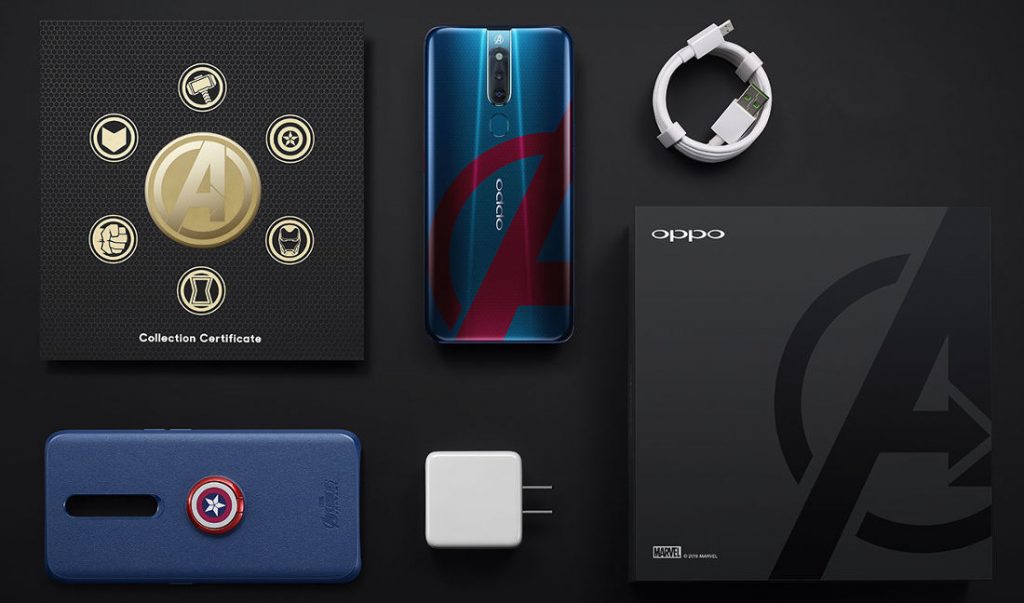 This new Oppo F11 Pro Marvel Avenger Edition comes with a protective case which has the impact of Captain America’s iconic shield and the shield can be used as a phone stand holder.
It has similar specifications to Oppo F11 Pro that was launched in India last month. The only difference in RAM and internal storage capacity makes it special compare to Opp F11 Pro. The Oppo F11 Pro Marvel Avengers Limited Edition comes with 6GB of RAM and 128GB internal storage.