Realme X set to be announced on 15th May in China

The upcoming smartphone Realme X has just received the BIS certification ahead of launching in India and now the smartphone manufacturer Realme finally confirmed its announcement in China on 15th May. Since, the device Realme X with the model number RMX1901 has already received the TENAA certification. There is also expectation of the launching of Realme X Youth Edition (Lite) with the model number RMX1851 and it may be the re-brand of Realme 3 Pro that was launched last month in the Indian market. 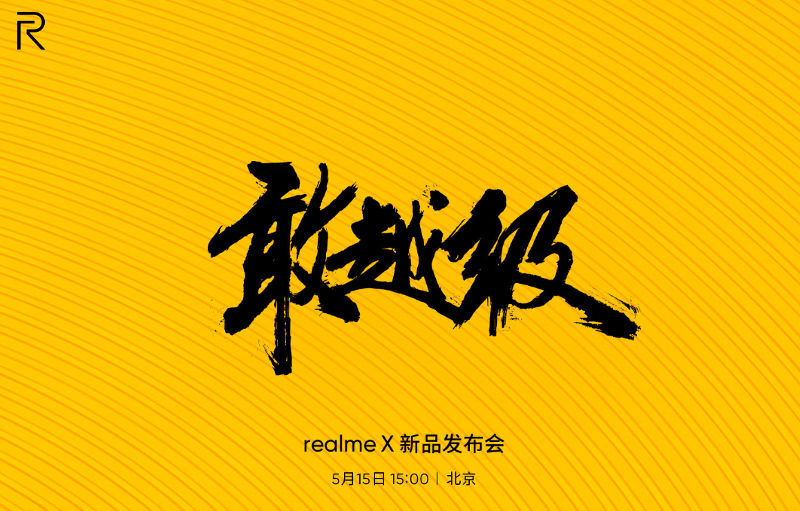 According to the latest rumor, the upcoming smartphone Realme X will come with a display of 6.5-inch without notch , dimension of 161.2×76×9.4mm.

It will be powered by Qualcomm Snapdragon 855 SoC chipset and will run on Android 9.0 (Pie) with ColorOS 6.0.
It will feature AI dual 48MP camera with 5MP secondary camera and pop-up front camera . It will be backed up by a 3680mAh battery with VOOC 3.0 fast charging. It will have a fingerprint scanner on its back .
So, as we are approaching towards its announcement , the more leaked information related to it will be surfaced.

Stay with us for more  information.