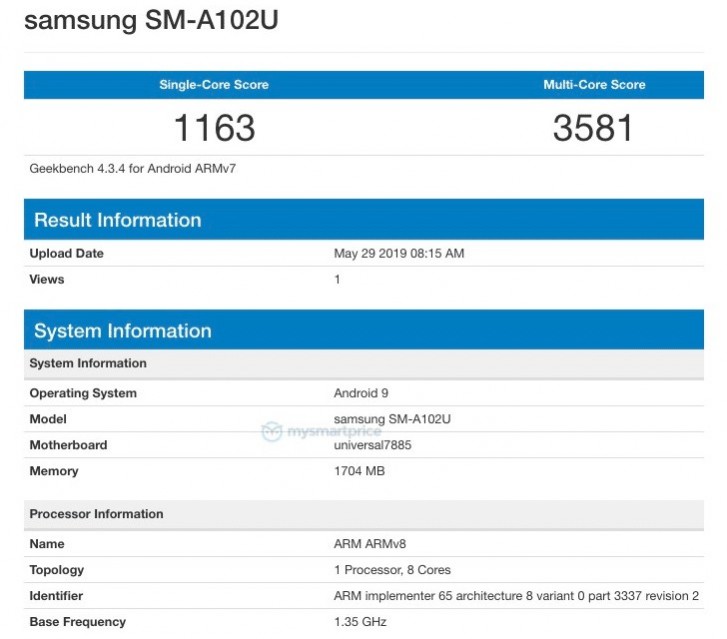 Recently, the smartphone Samsung Galaxy A10e with the model number SM-A102U already certified by the Wi-Fi alliance and also received the FCC certification without revealing a single specification. Now the device moves one more step towards the announcement by showing its presence on Geekbench. The smartphone Samsung Galaxy A20e is affordable than Samsung Galaxy A20, so we have the expectation that Galaxy A10e will be cheaper than  Samsung Galaxy A10.
According to the Geekbench listing, the device has scored 1,163 on single-core, and also gained 3,581 on multi-core. It will come with 2GB of RAM. It will be powered by  Exynos 7885 mobile processor and will run on Android 9 Pie. It will be backed up by a 3000mAh capacity.