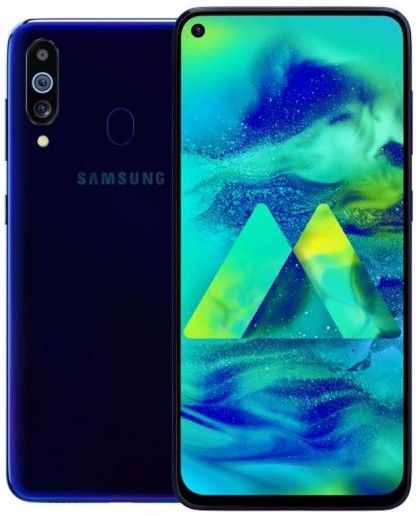 After getting the confirmation of the launching of Samsung Galaxy M40 for the Indian users on 11th June, now the press renders of the device hit the web ahead of its launching. The leaked press renders revealed the Infinity-O screen display and the punch-hole selfie camera, since it will be the first smartphone from Samsung’s M-series coming with this feature, as till date the devices of this series will  have notches.

As per the latest rumor, the upcoming smartphone Samsung Galaxy M40 will sport punch-hole display, based on the “Hole-in-Display” technology, which is carried by its Galaxy S10 series flagship smartphones.
It will come with 6GB RAM, internal storage capacity of 128GB . It will be armed with a Snapdragon 675 processor and will run on Android 9 Pie. It will feature a triple rear camera setup with the main camera of 32MP with LED flash and a front-facing camera of 16MP.
The cost of the device is still not confirmed by the company yet, but it is rumored to be priced at around Rs. 20,000 ($286 or €257).