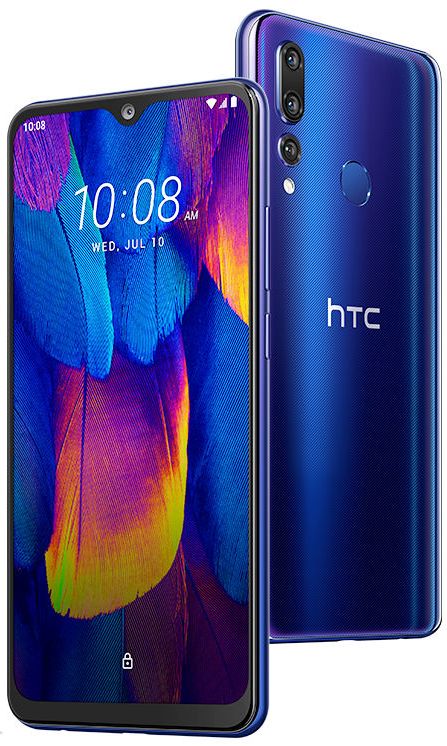 The smartphone manufacturer HTC launched its latest smartphone HTC Wildfire X in the Indian market and adds one more device in the Wildfire series.
The smartphone HTC Wildfire X sports 6.22-inch HD+ waterdrop notch display with the resolution of 1520 × 720 pixels. It has 3GB RAM with 32GB storage / 4GB RAM with 128GB storage, which can be further expandable up to 256GB via microSD card slot. It has the dimensions of 156.7×74.94×7.95mm; weighs 172g and has Hybrid Dual SIM (nano + nano / microSD) functionality. It has a rear-mounted fingerprint scanner.
It is armed with 2GHz Octa Core MediaTek Helio P22 (MT6762) 12nm processor with 650MHz IMG PowerVR GE8320 GPU and runs on Android 9.0 (Pie).

It comes with  ‘Mybuddy’ security feature that helps the users to share their real-time location, record and transmit sound/video of the surrounding in real-time without any issues related to security.