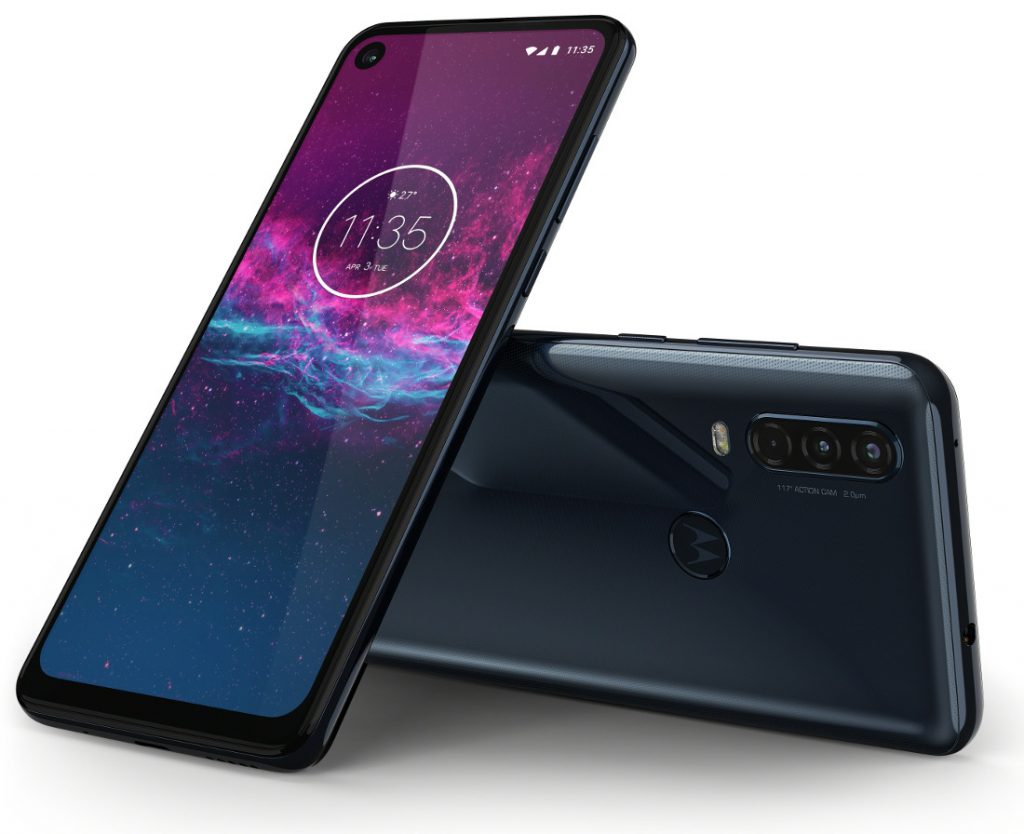 The users can get the device Motorola One Action comes in Denim Blue, Pearl White and Aqua Teal colors in various countries such as Brazil, Mexico and other European countries from 16th August .