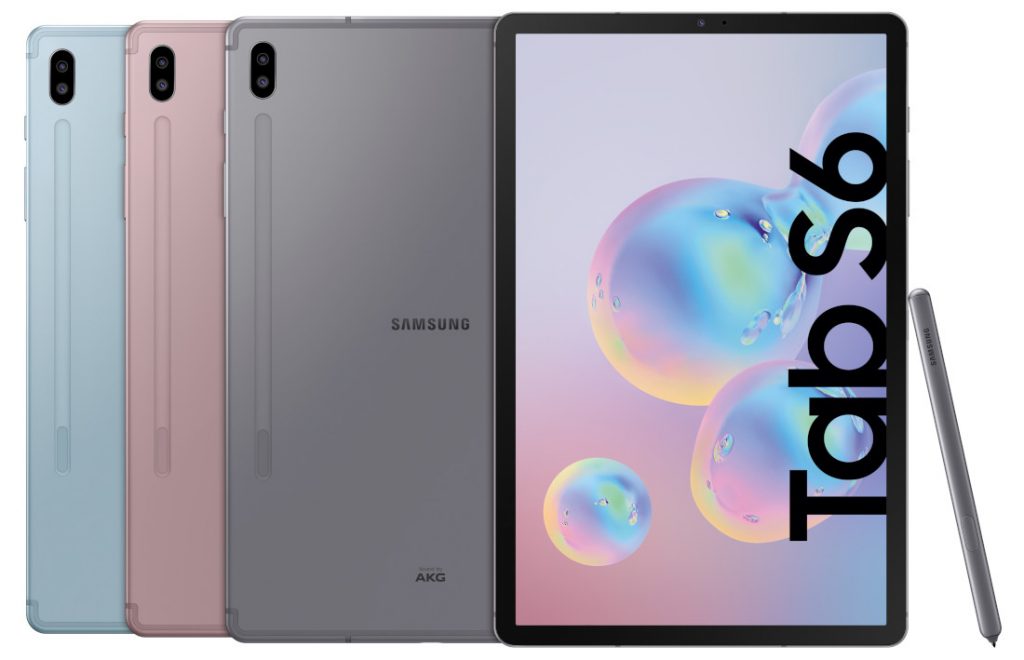 It features Optical in-display fingerprint scanner in place of the Iris scanner. The tablet has a S Pen with Bluetooth, 0.35mAh battery that comes with remote control functionality and wireless charging capabilities with built-in BLE remote control, which supports the users to capture selfies and videos, or control the multimedia content. It has quad-stereo speakers tuned by AKG by HARMAN.

It comes with Samsung DeX support for this tablet, which gives the feeling of using desktop-like experience to the users which includes an S Pen holder, free angle stand, touch pad and new function keys.
It is armed with Octa-Core Qualcomm Snapdragon 855 7nm Mobile Platform with Adreno 640 GPU and runs on Android 9.0 (Pie) with One UI 1.5.

The users can get the Samsung Galaxy Tab S6 in Mountain Gray, Cloud Blue and Rose Blush colors.

The users will get the the Samsung Galaxy Tab S6 from mid of August this year.