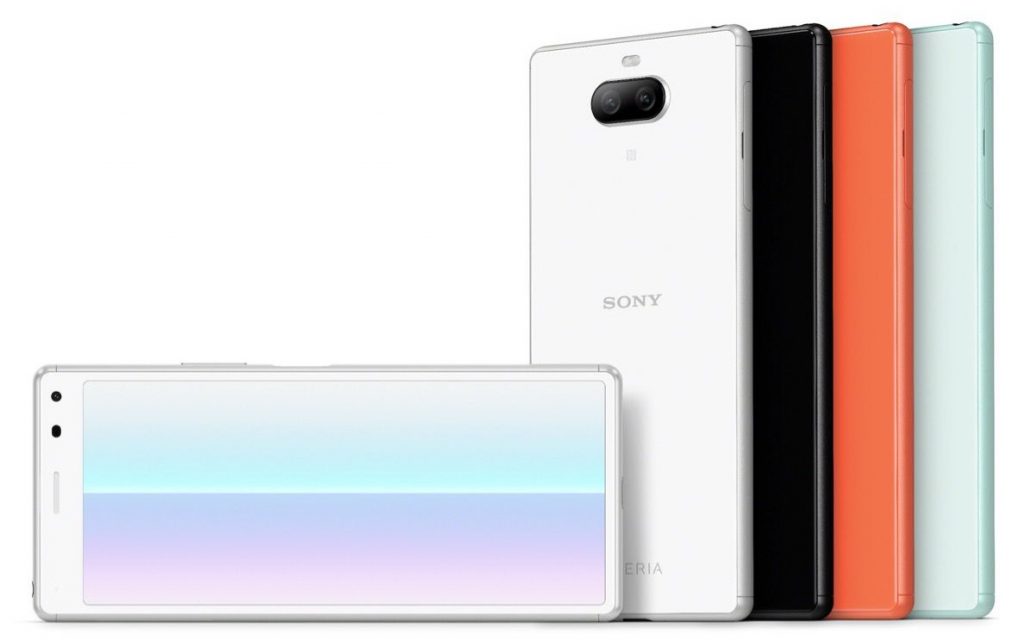 The smartphone Sony Xperia 8 sports 6-inch Full HD+ 21:9 aspect ratio wide LCD with Corning Gorilla Glass 6 protection. It has 4GB RAM, internal storage capacity of 64GB , which can be further expandable up to 512GB via microSD card card slot. It has the dimension of 158 x 69 x 8.1 mm;  weighs 170g and also has dual-SIM functionality. a fingerprint sensor .

It has both a waterproof body with IPX5 / 8 rating and dust proof  body with (IP6X) ratings. It  comes with Sony’s High-Resolution Audio with and LDAC technology.

As we know the LDAC is an audio coding technology developed by Sony, which allows streaming high-resolution audio over Bluetooth connections and also it is used by various Sony products, including headphones, smartphones, portable media players, active speakers and home theaters.
It is armed with 2.2 GHz Octa-Core Snapdragon 630 14nm Mobile Platform with Adreno 508 GPU and runs on Android 9.0 (Pie).

The users will get the Sony Xperia 8  in Gray, Black, Orange, Blue and the company will make it available  in Japan from the mid of October.