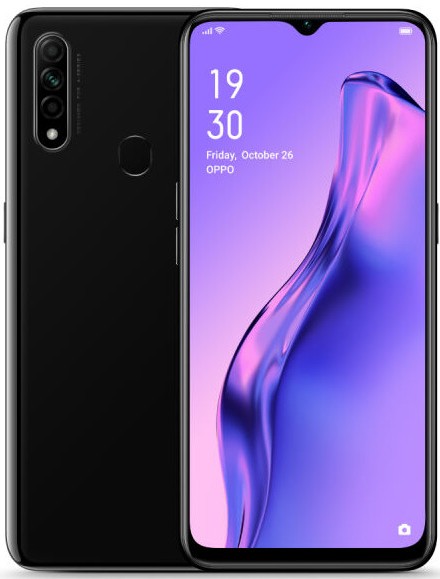 The smartphone manufacturer Oppo announced its latest smartphone Oppo A31 in the Indonesian market at 25,99,000 Indonesian Rupiah (US$ 189 / Rs. 13,545 approx.).It is the re-branded version of Oppo A8 that was announced in China in December last year.
The smartphone Oppo A31 sports 6.5-inch HD+ display with the resolution of 1600 x 720 pixels. It has 4GB RAM, internal storage capacity of 128GB, which can be further expandable up to 256GB via microSD card slot. It has the dimension of 163.9×75.5×8.3mm; weighs 180g and has Dual-SIM (nano + nano + microSD) functionality. It comes with a rear-mounted fingerprint scanner

The users can get the smartphone Oppo A31 in Mystery Black and Fantasy White colors and the company has already started its sale via online in Indonesia.