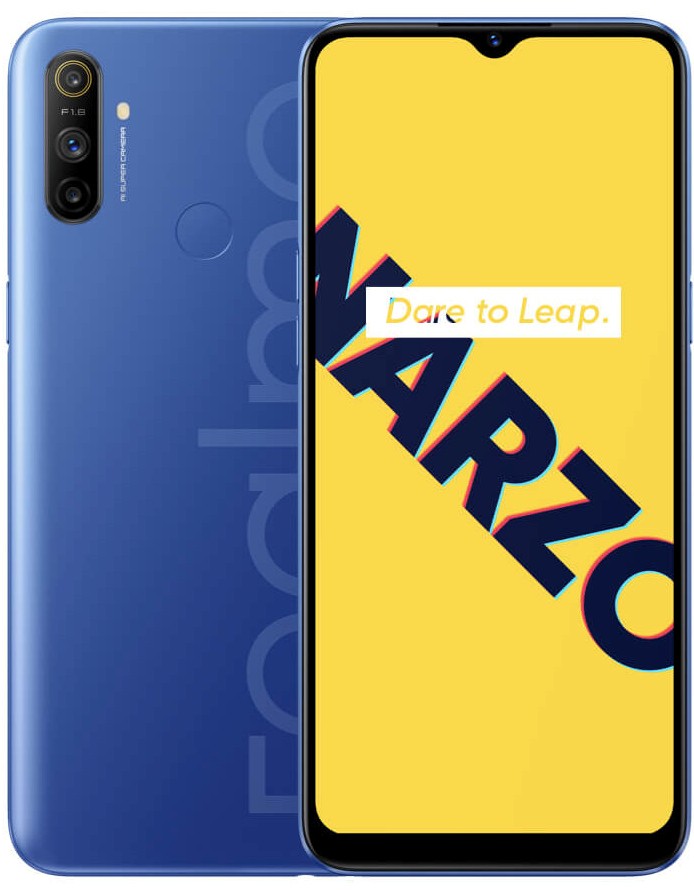 The smartphone Realme Narzo 10A sports 6.5-inch HD+ 20:9 mini-drop display with the resolution of 1600 x 720 pixels, having Corning Gorilla Glass 3+ protection. It has 3GB LPDDR4x RAM, 32GB eMMC 5.1 storage capacity which can be expandable up to 256GB via microSD card slot.

It comes with a Fingerprint sensor and also has a Splash resistant body ,which provides protection from humidity and weather, to splashes and spills and even accidental submersion and also from oils, grease and sweat.
.It has the dimension of 164.4x75x8.95mm; and weighs 195g. It has Dual SIM (nano + nano + microSD) functionality.
It is armed with Octa Core MediaTek Helio G70 12nm processor (Dual 2GHz Cortex-A75 + Hexa 1.7GHz 6x Cortex-A55 CPUs) with ARM Mali-G52 2EEMC2 GPU and runs on realme UI based on Android 10.

The users can get the smartphone Realme Narzo 10A in So Blue and So White colours and the company will start its sale from 22nd May via Flipkart and realme.com.