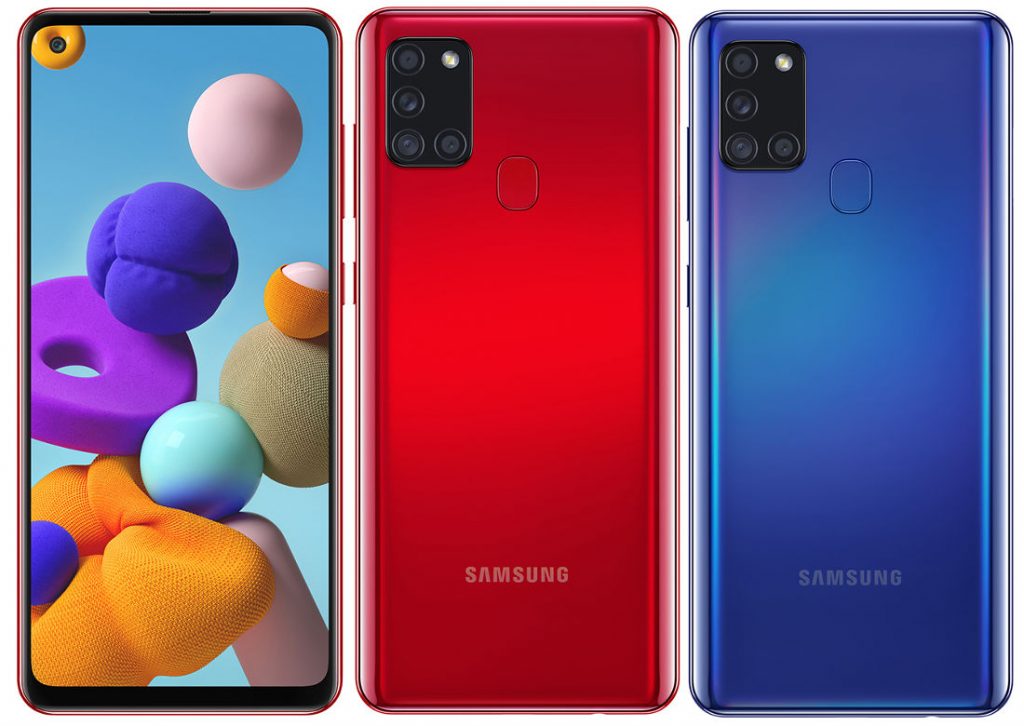 After the announcement of the smartphone Samsung Galaxy A21s, the smartphone company Samsung finally kept its promise and launched it in the Indian markets at fixed schedule as stated earlier.

The smartphone Samsung Galaxy A21s with a holographic 3D Glastic design sports 6.5-inch HD+ Infinity-O display with the resolution of 720×1600 pixels. It has 4GB / 6GB RAM with 64GB internal storage, which can be further expandable via Micro SD slot up to 512GB.
It has a rear-mounted fingerprint scanner and also includes Face Recognition feature.

The users can get the smartphone Samsung Galaxy A21s in Black, White, Blue and Red colors. It is available through retail stores, Samsung Opera House, Samsung.com and also they have option to get it via e-commerce company Flipkart.