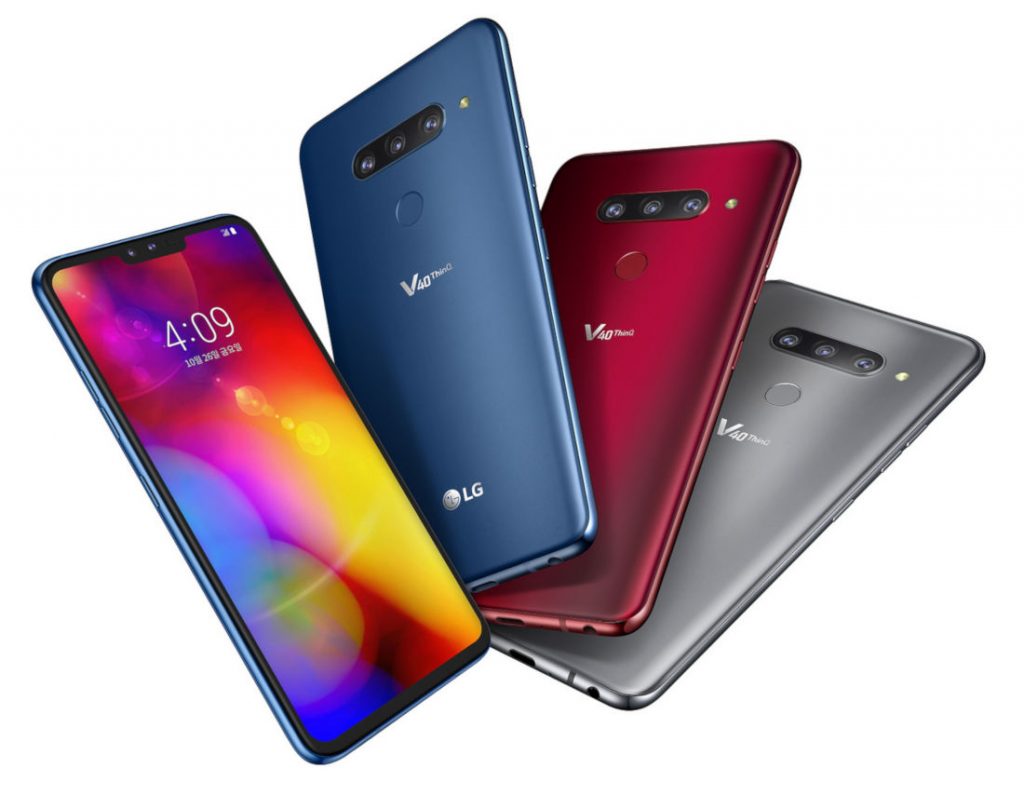 The smartphone manufacturer LG announced its latest flagship smartphone LG V40 ThinQ. The main attraction of the device is its camera setup which includes triple rear cameras and dual front-facing cameras.
The smartphone LG V40 ThinQ sports 6.4-inch FullVision OLED Display with the resolution of  3120 x 1440 pixels, 19.5:9 aspect ratio . It has 6GB LPDDR4x RAM with 64GB / 128GB (UFS 2.1) storage capacity , which can be further expandable up to 2TB via microSD card slot. It has the dimension of 158.7 x 75.8 x 7.7mm; weighs 169g and also features a fingerprint sensor on its back. 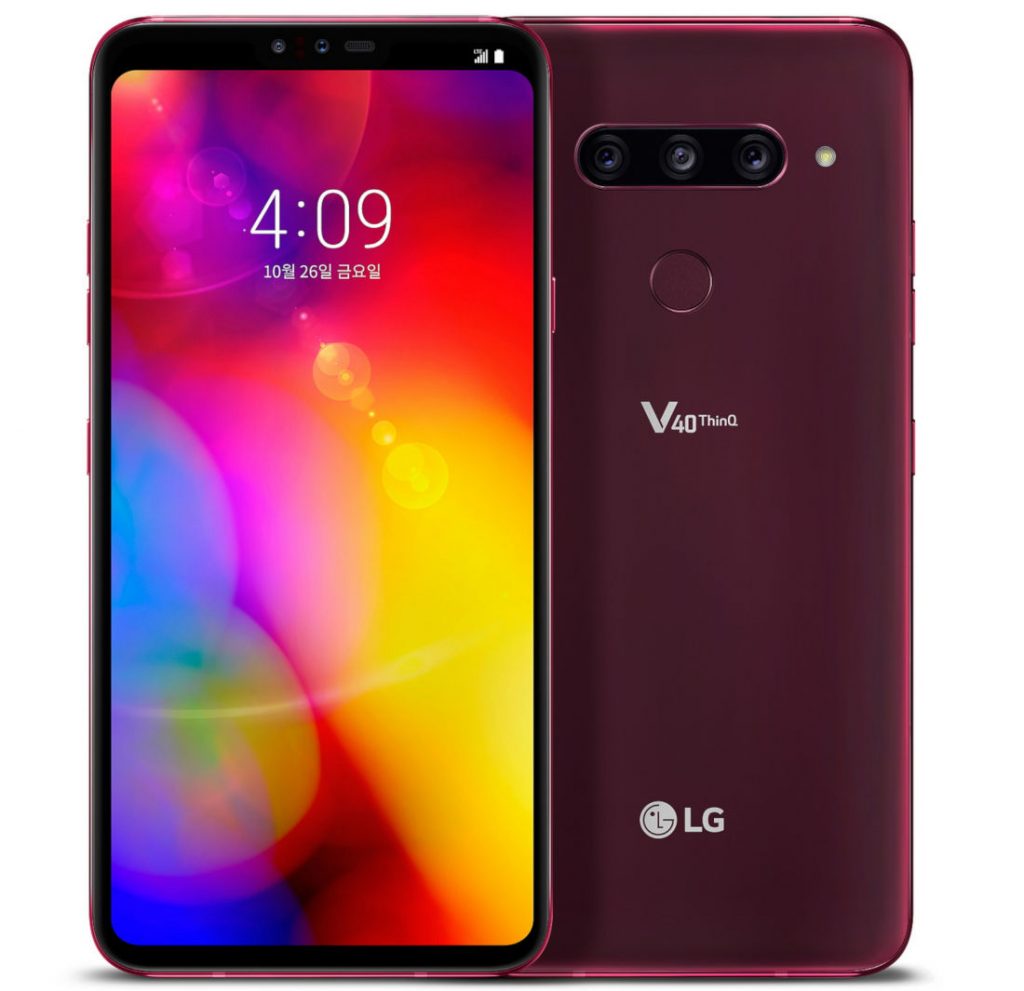 It has water, dust resistant body with IP68  ratings and also gets the MIL-STD 810G certification , which confirms its survival on its drop over 8 feet onto a rough concrete surface without any damage to the case or smartphone.
It is armed with Octa-Core Qualcomm Snapdragon 845 processor with Adreno 630 GPU ad runs on Android 8.1 (Oreo) with LG UX, which cane be upgradable to Android 9.0 (Pie) in coming days.

The users can get the smartphone V40 ThinQ in New Aurora Black, New Platinum Gray, New Moroccan Blue and Carmine Red colors. The company will make it available from 18th October via Verizon USA with the monthly installment of  $40.83 per month for 24 months or can pay one time payment of $979.99 (Rs. 72,445) . They have also the option to get the device from 19th October  through T-Mobile by paying $200 down payment including $30 per month for 24 months and also its availability on the Sprint will be started from 19th October with the payment of $20 per month , which makes $960 (Rs. 70,940 approx.).