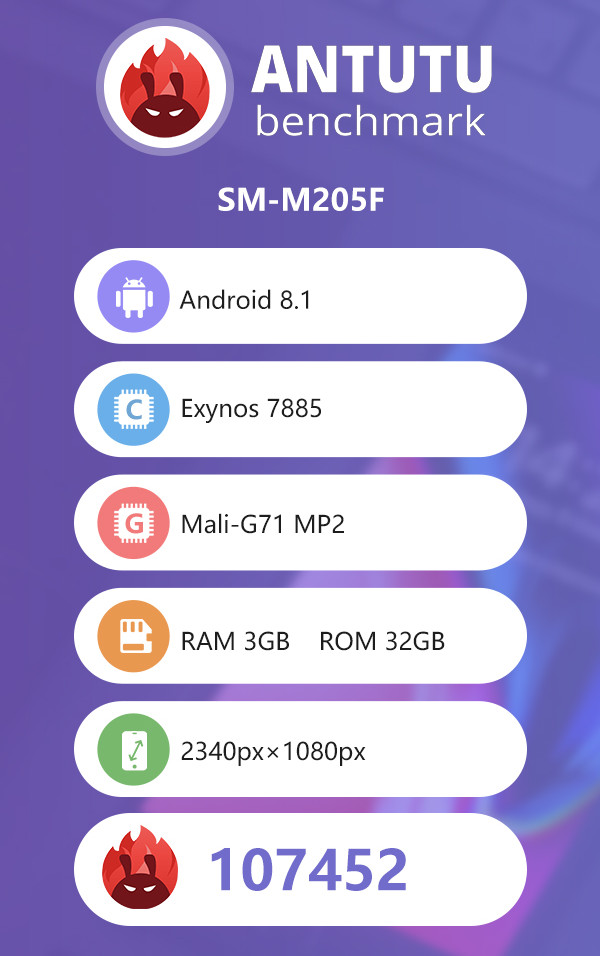 A latest upcoming smartphone Samsung Galaxy M2 spotted on both AnTuTu and Geekbench benchmarks and supports its early arrival.
The Geekbecnh listing showed its scores as 1,319 in the single-core test and 4,074 in the multi-score test on Geekbench while it scored 107452 on AnTuTu.
According to the benchmarks listing, the device Samsung Galaxy M2 sports a Full HD+ display with a 19:5:9 aspect ratio and also likely to have a notch at the top of its display . It will come with 3GB RAM and internal storage capacity of 32GB.
It will be armed with its home made Exynos 7885 processor with Mali-G71 MP2 GPU and runs on Android 8.0 Oreo with Experience UI on top. It is likely to have 64GB storage version.
The cost and its date of its announcement is still not confirmed by the company yet, but it is expected to be announced soon.