Samsung Galaxy A30 spotted on Geekbench with leaked specs 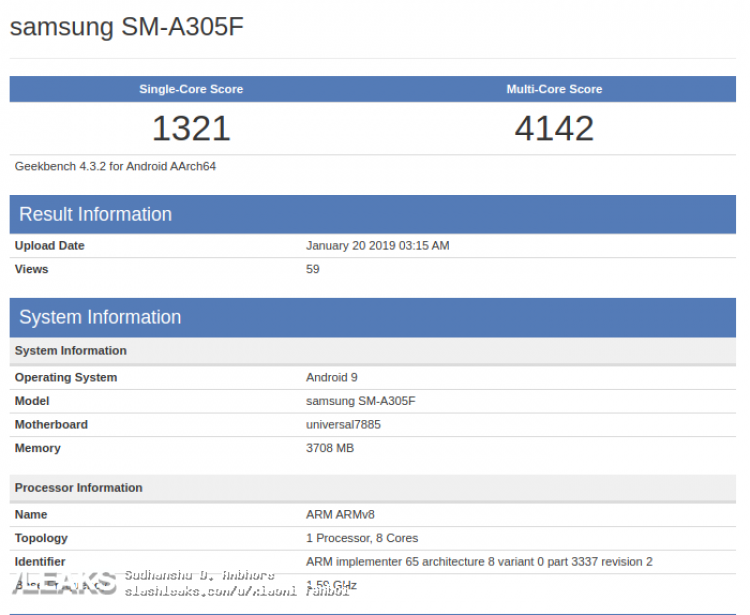 Recently, the upcoming smartphones of Samsung  Galaxy M series including Samsung Galaxy M10 (SM-M105F), Galaxy M20 (SM-M205F) and Galaxy M30 (SM-M305F) are in the path for launching in India on 28th January, now at the meantime one more smartphone Samsung Galaxy A30  with the model number samsung SM-A305F spotted on Geekbench with leaked specifications and hints its early arrival in coming days. Since, it has gained single-core score of 1321 and also showed 4142 as Multi-core score.

The Benchmark listing revealed that the unannounced smartphone Samsung Galaxy A30 will come with 4GB RAM. It will  be backed up by its own home-made Exynos 7885 chipset and will run on Android 9 Pie. Hence, these few specifications indicates that it will have mid-end specifications and will be available very soon.
According to the earlier information based on rumor, hints that the Samsung Galaxy A30 will have two storage versions including the 32GB and 64GB .
The date of announcement and its cost are still not confirmed by the company yet.