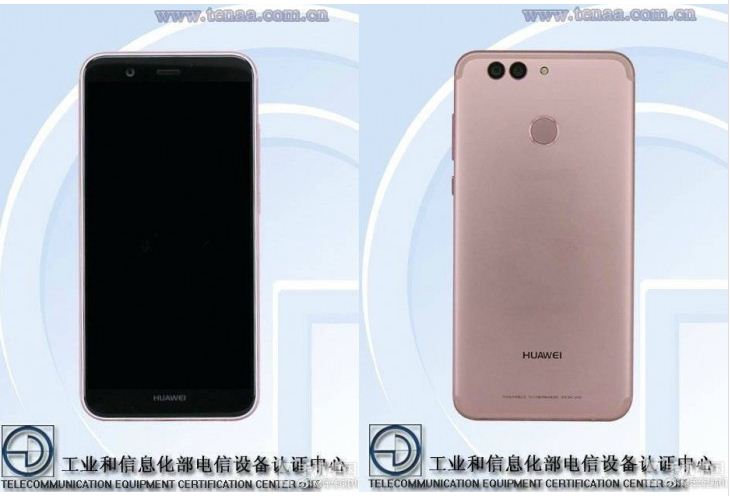 As we know the Chinese smartphone manufacturer was launched the mid-end device Huwaei Nova in two versions in October, 2016. Now the successor Huawei Nova is looking for its announcement just after spotted on TENAA. The images of the upcoming device revealed its design which is a bit difference from its predecessor Huawei Nova.
The design of the device unveiled 2.5D glass on its front, a fingerprint scanner on its back and also showed a dual-camera setup. Except these, the certification hasn’t revealed a single specification of the device.
We have to wait few more days to get more confirmed specifications.

Recall its predecessor Huawei Nova sports a display of 5.0” with the resolution of 1080 x 1920 pixels with a pixel density of 441ppi, dimension of 141.2 x 69.1 x 7.1 mm, weighs 146 g. It has 3GB RAM/32GB and 4GB RAM/64GB internal storage capacity, which can be further expanded up to 256 GB via microSD card slot. It is armed by Qualcomm MSM8953 Snapdragon 625chipset with the Octa-core 2.0 GHz Cortex-A53 processor with Adreno 506 GPU and runs on Android v6.0.1 (Marshmallow).
The device features a rear camera of 12 MP with phase detection autofocus, LED flash and a front-facing camera of 8MP. It has dual-SIM functionality and has Fingerprint sensor.
Connectivity wise, the device Huawei Nova supports 3G/4G, Wifi, Wifi HotSpot, Bluetooth, GPS. It is powered by non-removable Li-Po 3020 mAh battery.