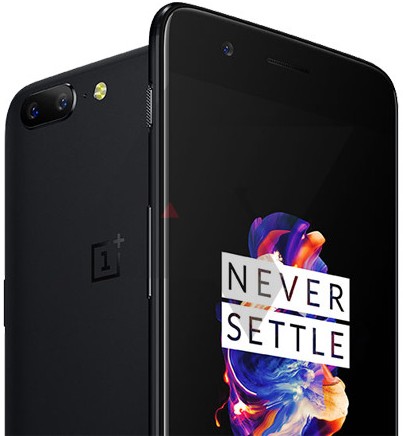 Yesterday, the first press renders of the OnePlus 5 revealed in black color with dual rear cameras setup and also the company has targeted to announce the smartphone on 20th June. Now the company has decided to launch the flagship device OnePlus 5 in Indian market just after two days after its announcement which will take place on 22nd June at The National Sports Club of India (NSCI) Dome in Worli, Mumbai and starts at 2PM.

Also the Source code on the Amazon.in page leaked via @evleaks revealed that the device will come with 8GB of RAM for the Indian users. 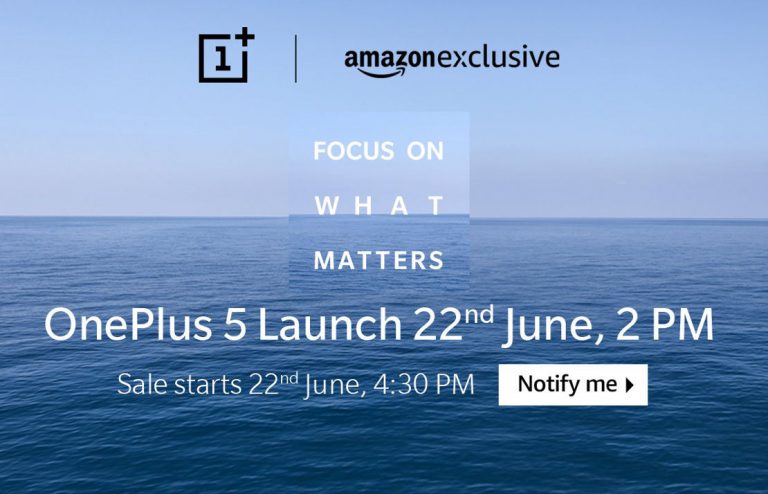 According to the latest rumor, the flagship device OnePlus 5 will sport 5.5-inch QHD touchscreen with the resolution of 1440 x 2560pixels, 8GB of RAM, thickness of 7mm with very thin display bezels. It will come with the internal storage capacity of 256GB. It will be armed with Snapdragon 835 processor with Adreno 540 GPU and runs on Android 7.1 Nougat. The power button will be placed on the right side and a fingerprint sensor on the front.
The camera section of the smartphone will feature a dual-camera setup at its rear and a front-facing camera of 16MP. The fingerprint sensor will be fixed on its back. It will be powered by a 3600mAh battery and a Dash Charge 2.0 support.

The availability of the device will start from its launching day at 4:30PM via Amazon India.