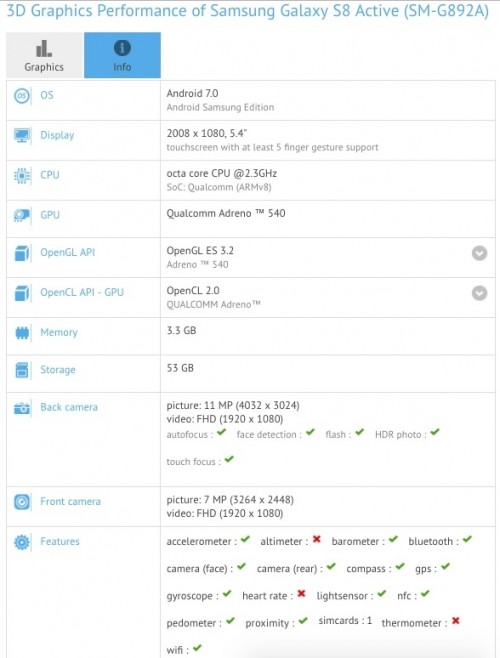 The unannounced smartphone Samsung Galaxy S8 Active with model number SM-G892A has already received the Wi Fi certification last month and also showed its appearance on Geekbench recently.
Now the device Samsung Galaxy S8 Active moves one more step forward and spotted on GFXBench benchmark and revealed few of its specifications. It is the rugged version of the Samsung’s latest flagship smartphone which will come with a display of 5.4-inch with the resolution of 2008 x 1080pixels, 4GB RAM, internal storage capacity of 64GB. It will be powered by Snapdragon 835chipset with an octa-core processor and Adreno 540 GPU runs on Android 7.0 Nougat. It will feature a rear camera of 12MP.