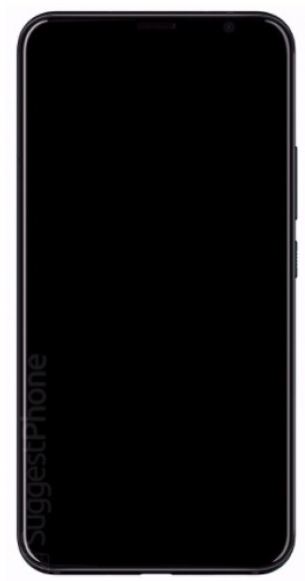 The predecessor HTC U11 was launched in India at Rs.51990 on June, 2017. Now the first render of its successor HTC U12 hit the web with a large full -screen  display, it is likely to have 4K resolution without bezels from its three sides. The leaked image also revealed that the upcoming smartphone HTC U12 will come with a power button and a volume rocker on its right side and also a USB port is placed on its bottom, but the company has ignored a 3.5 mm audio jack, which is present in its existing siblings. The device will come with a fingerprint scanner on its back, will have Edge Sense and it will be powered by Snapdragon 845chipset. The device will feature dual- rear camera .

Its predecessor HTC U11 sports 5.5-inch (1440 x 2560 pixels) Quad HD Super LCD 5 display with Corning Gorilla Glass 5 protection, 6GB RAM with 128GB storage (UFS 2.1), which can be further expanded up to 2TB with microSD . It is armed with 2.45GHz Octa-Core Qualcomm Snapdragon 835 processor with Adreno 540 GPU and runs on Android 7.1.1 (Nougat) with HTC Sense UI, HTC Edge Sense, and HTC Sense Companion. It comes with Single / Hybrid Dual SIM functionality. The smartphone HTC U11 comes with Edge Sensor which offers the users to launch the camera, send text messages, open email or customize it to launch any application.