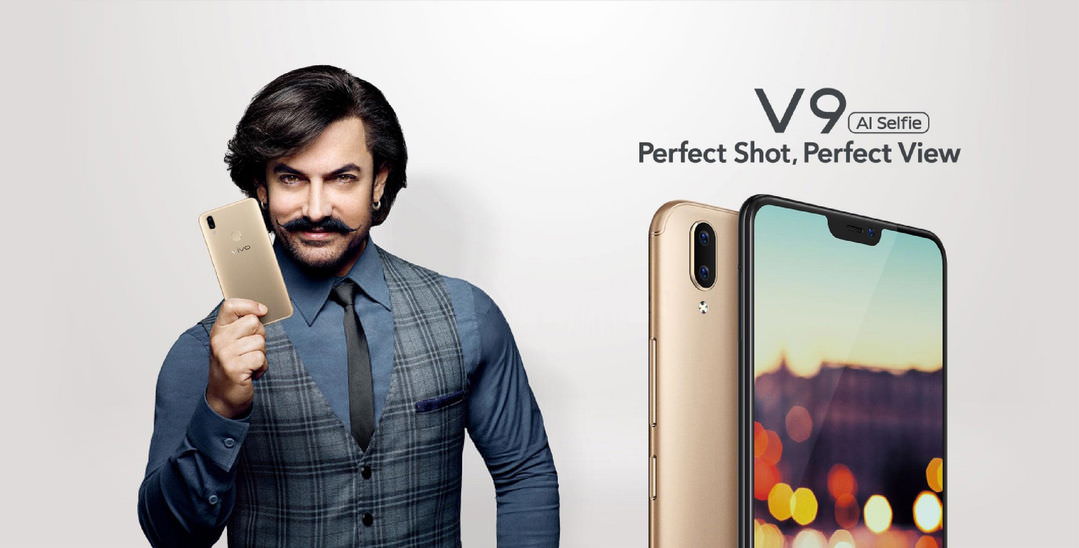 The camera section of the device Vivo V9 includes 16MP rear camera with LED flash, secondary 5MP camera and a front-facing camera of 24MP with soft LED flash and also features A.I face beauty which helps the users to capture perfect and impressive image event in low-light conditions. The users can also add stickers to images, known as AR Stickers.
Connectivity wise, it features 4G VoLTE, WiFi 802.11 a/b/g/n, Bluetooth 4.2, GPS and it is backed up by 3260mAh battery.