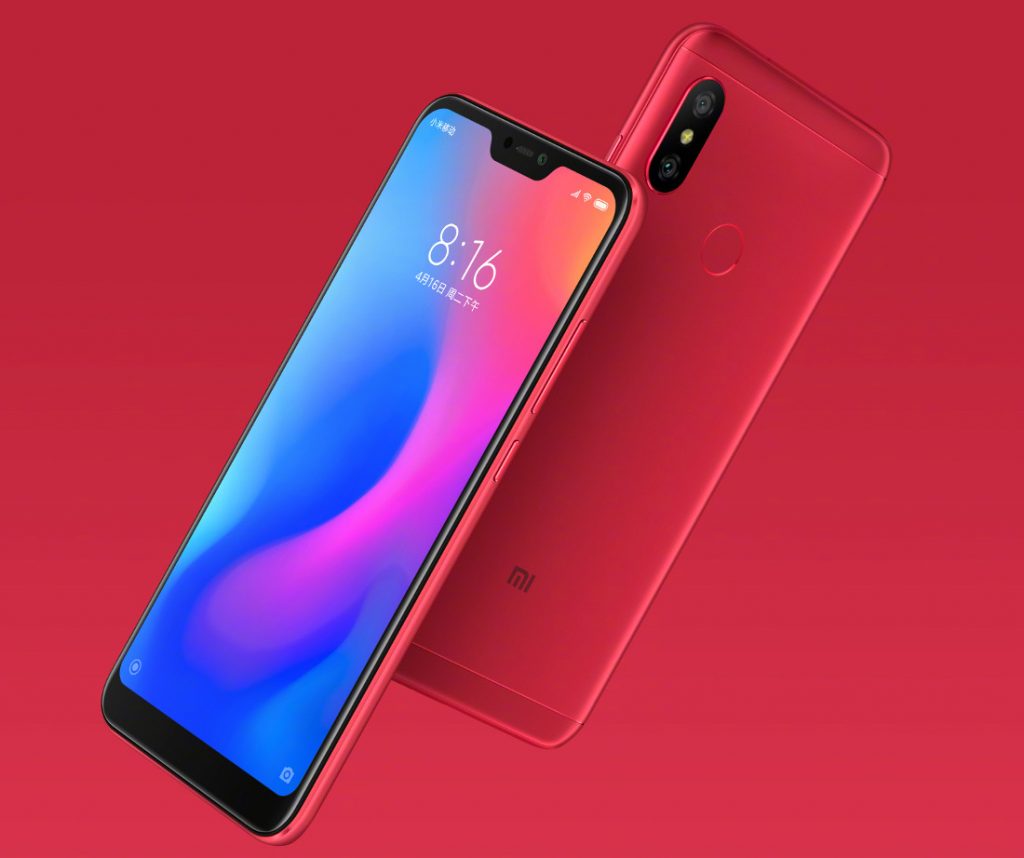 Just after confirming the announcement date of the upcoming smartphones Xiaomi Redmi 6 Pro and Mi Pad 4, now the official press renders of the device Xiaomi Redmi 6 Pro surfaced on the web ahead of its announcement which will be scheduled on 25th of this month.
A series of official press renders of the device released on Xiaomi’s  official page and revealed the design from all the angles and also looking positive towards the presence of the notch. The leaked renders raised our assumption that the rear section of the device will have aluminum-built. 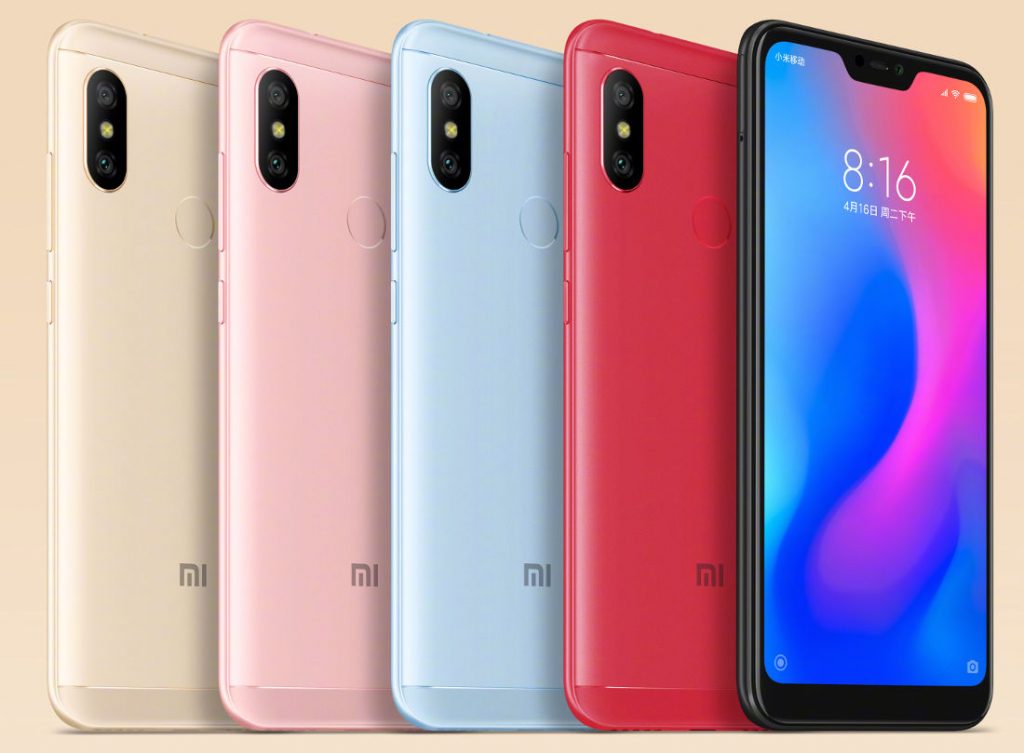 The leaked renders hints that it will be available in five colors including Rose Gold , Gold, Blue, Black and Red.

According to the latest rumor , the upcoming smartphone Xiaomi Redmi 6 Pro  will sport 5.84-inch (2280×1080 pixels) Full HD+ 19:9 2.5D curved glass display. It will have 2GB RAM with internal storage capacity of 16GB , 3GB RAM with 32GB storage, 4GB RAM with 64GB storage, which can be further expandable up to 256GB via microSD card slot. It will come with the dimension of 149.33×71.68×8.75mm; weighs 178g, It will feature Fingerprint sensor, Infrared sensor and will have dual-SIM functionality.

It will be armed with 2GHz Octa-Core Snapdragon 625 14nm processor with Adreno 506 GPU and will run on Android 8.1 (Oreo) with MIUI.
The camera section of the device Xiaomi Redmi 6 Pro will include dual rear camera of 12MP with LED Flash, secondary rear camera and a front-facing camera of 5MP.
Connectivity wise, it will feature 4G VoLTE, Wi-Fi 802.11 a/b/g/n, Bluetooth 4.2, GPS + GLONASS and will be backed up by 4000mAh battery.

We have to wait two-three days to get the confirmed information related to it.

Stay with us for more information .