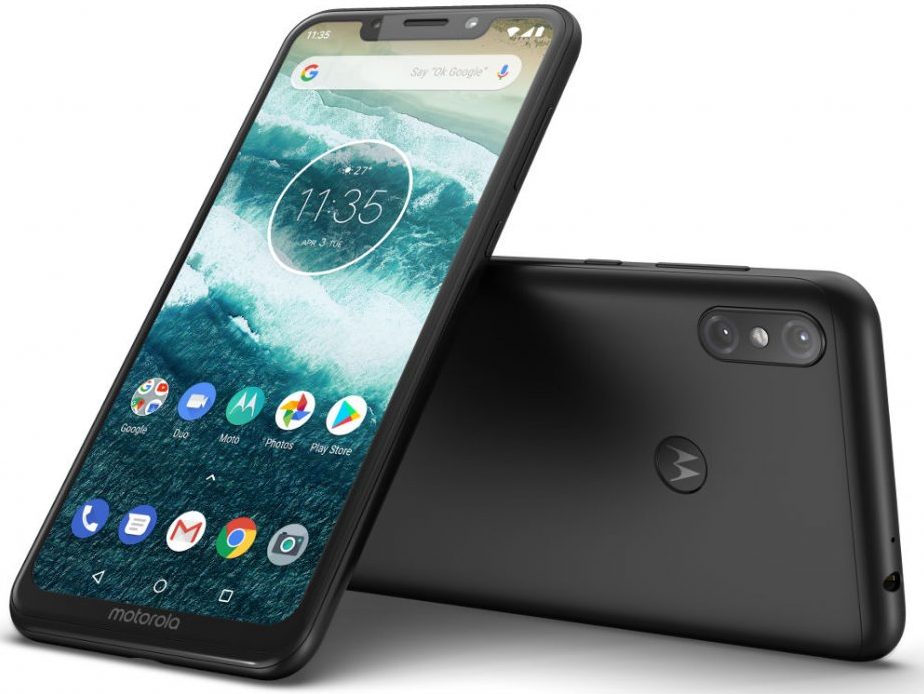 The smartphone Motorola One Power sports 6.2-inch Full HD+ display with a notch and has the resolution of 2246 × 1080 pixels , 19:9 aspect ratio .It has 3GB RAM with 32GB storage / 4GB with 64GB storage capacity , which can be further expanded up to 128GB via microSD card slot. It has dual-SIM functionality dimension of 155.8×75.9×9.98mm;  weighs 170g and has a rear-mounted fingerprint sensor.
It has P2i water-repellent nano coating, which makes it liquid- and stain-repellent. As we know P2i’s nanotechnology is a super-thin coating less than 30nm thick, or in other words, we can say that it is about 1000 times thinner than a human hair for electronic devices that essentially make them liquid- and stain-repellent.
It is armed with 1.8GHz Octa-Core Snapdragon 636 14nm processor with Adreno 509 GPU and runs on Android 8.1 (Oreo), upgradable to Android 9.0 (Pie).
The camera section of the device Motorola One Power includes dual 16MP rear camera with LED flash, 5MP secondary rear camera and a front-facing camera of 12MP.

The users will get the device Motorola One Power in Black, White and Golden colors, but the company hasn’t declared its cost yet. It will be known on its launching.