Razer Phone 2 with 8GB RAM, Snapdragon 845chipset will be announced on 10th October 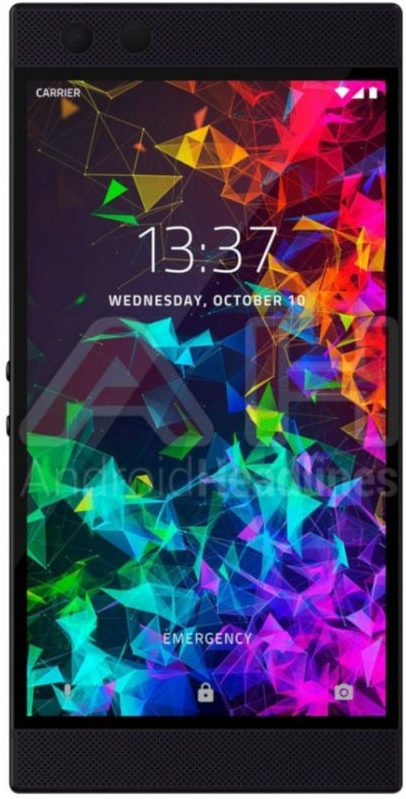 The newly US based  smartphone manufacturer Razer , which is  known for the global gaming hardware manufacturing company was introduced its first high-end game focused smartphone Razer Phone in November last year at US$699.99 (Rs. 45,160 approx.) / €749.99 (Rs. 56,350 approx.) / £699.99 (Rs. 59,940 approx.) . Now the company is preparing to announce its successor Razer Phone 2 in 10th October, 2018 and hence, in this regard it has sent out the press invites for the event. Since, the device has already spotted at AnTuTu recently. 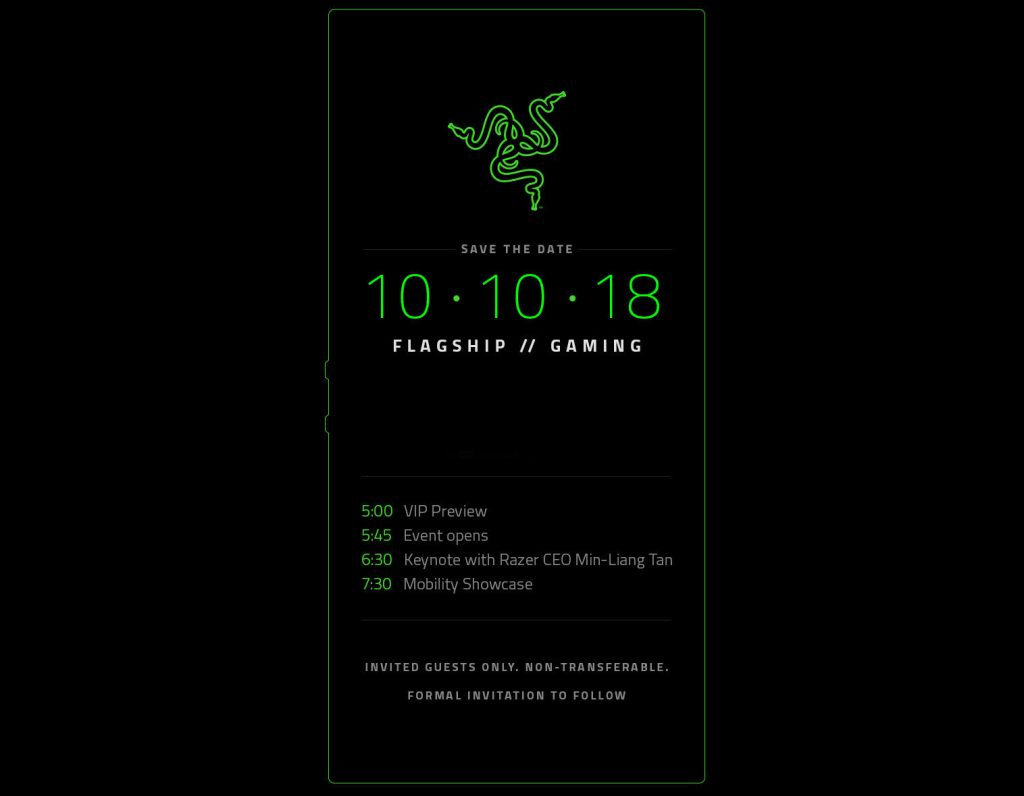 The press image of the device unveiled its design, which shows much similarities to its predecessor Razor Phone.
According to the AnTuTu Benchmark listing, the upcoming smartphone Razer Phone 2 will sport  5.7-inch QHD Sharp IGZO screen, 8GB RAM, internal storage capacity of 64GB, which can be further expanded up to 512GB. It will powered by  Snapdragon 845chipset and will run on Android 8.1 (Oreo). 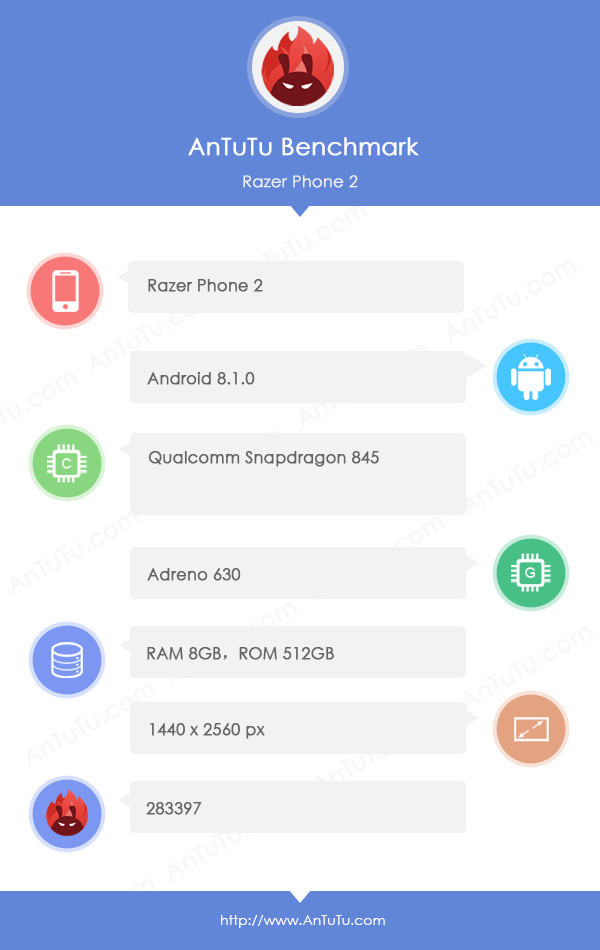 The cost and its detailed specifications will be known on its announcement, which will be held next month.

It predecessor Razer Phone sports 5.72-inch Quad HD IGZO LCD UltraMotion display with the resolution of  2560×1440 pixels, it has the Corning Gorilla Glass 3 protection. The device has 8GB LPDDR4 RAM, internal storage capacity of 64GB (UFS) storage, which can be further expanded up to 2TB via microSD card slot. It has the dimension of  158.5 x 77.7 x 8 mm; weighs 197g and also features a Fingerprint sensor.
It is armed with Octa-Core Snapdragon 835 processor with Adreno 540 GPU and runs on Android 7.1.1 (Nougat), upgradable to Android Oreo.