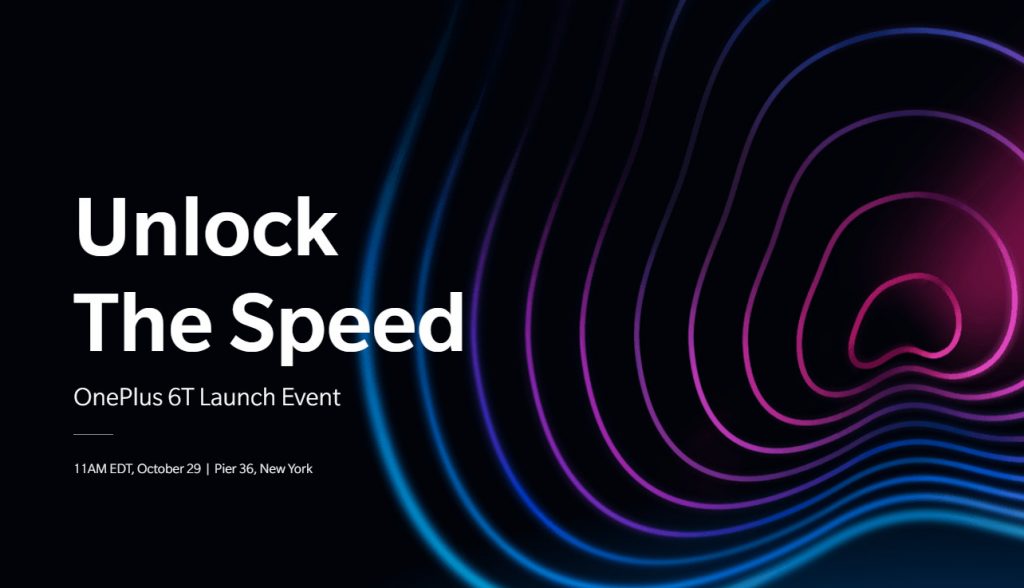 Recently, the smartphone company OnePlus sent out invites for the launching of the most waited flagship smartphone OnePlus 6T in India as well as in other global countries on 30th October . Now the company reset the new launch date for the device OnePlus 6T one day before on 29th October. Since, it hasn’t changed the venue for its launching.It will be launched at Pier 36, New York City at 11AM EDT (8:30PM IST) and the India launching held at KDJW Stadium, inside Indira Gandhi Sports Complex, New Delhi.
The reason for taking such decision is due to the introduction of the Apple iPad and and the Mac event at the same date and time . So, the OnePlus doesn’t take any chance to compete with Apple brand, which will definitely affect the OnePlus business.
On making the decision related to change in its launching schedule , the OnePlus forum, explained as :-

For hours, we talked to our press contacts to gain insight into how Apple’s announcement could affect the launch of the OnePlus 6T. We received considered, honest and thoughtful feedback. They showed us that if we chose to stick to our original timeline, launching the OnePlus 6T on October 30, we would be overshadowed by Apple.
As ambitious and passionate as we all are, we have to acknowledge the reality of this situation. There are no winners here. Over the course of almost 5 years, we have been proud to witness the rise of one of the most passionate and powerful communities in all of tech. But, we have to remain realistic. We have only just begun our journey and cannot afford to let one of the most important products in our history be affected by another great product launch. So after deep reflection, we have decided to move the OnePlus 6T Launch Event in New York City to October 29.

According to the latest rumor, the device OnePlus 6T will sport a 6.4-inch AMOLED display with a water-drop notch, 6GB/8GB RAM. It will be armed with Qualcomm Snapdragon 845 chipset and will be run on Android 9.0 (Pie). Also OnePlus 6T will be its first smartphone with an in-screen fingerprint sensor. The 3.5 mm audio jack will be not present.
The camera section of the device OnePlus 6T will include vertical dual rear camera with 16MP and 20MP sensors with LED flash.
Connectivity wise, it will include dual-SIM card slot, 4G VoLTE, Wi-Fi 802.11 a/b/g/n/ac, Bluetooth 5.0 LE, GPS with A-GPS, GLONASS, BeiDou, NFC, and a USB Type-C port.
The users will get the device in two variants including metal or glass panel on the back.