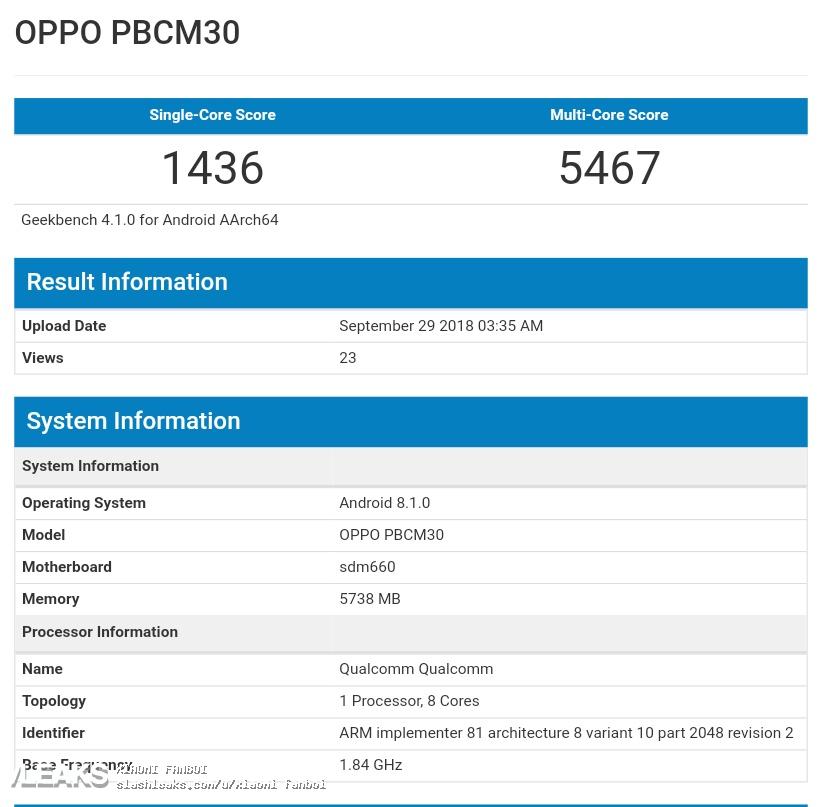 Few days ago, the Oppo’s three smartphones with the model numbers PBCM10, PBCT10, and PBCM30 showed on TENAA and all of them have much similarities in design but difference in RAM and storage capacities. Now one of the device namely Oppo K1 with the model number OPPO PBCM30 spotted on Geekbench with leaked specifications.
The device Oppo K1 showed the scoring of   1436 points in the Single-Core and 5467 points in the multi- core tests on Geekbench.
According to the Geekbench listing, the smartphone Oppo K1 will come with 6GB RAM. It will be armed with the Snapdragon 660chipset and will run on Android 8.1 Oreo.
The TENAA listing already revealed that the upcoming smartphone Oppo K1 will sport  a 6.4-inch AMOLED display with a notch ( resolution of 2340×1080 pixels), 19:5:9 aspect ratio.
The camera section of the device will include dual rear camera of 16MP + 2MP and a front-facing camera of 25MP. It will come with an in-display fingerprint scanner and will be backed up by  3,500mAh battery.
The date of its announcement is still not confirmed by the company, but it is expected that it will be announced on 10th October.