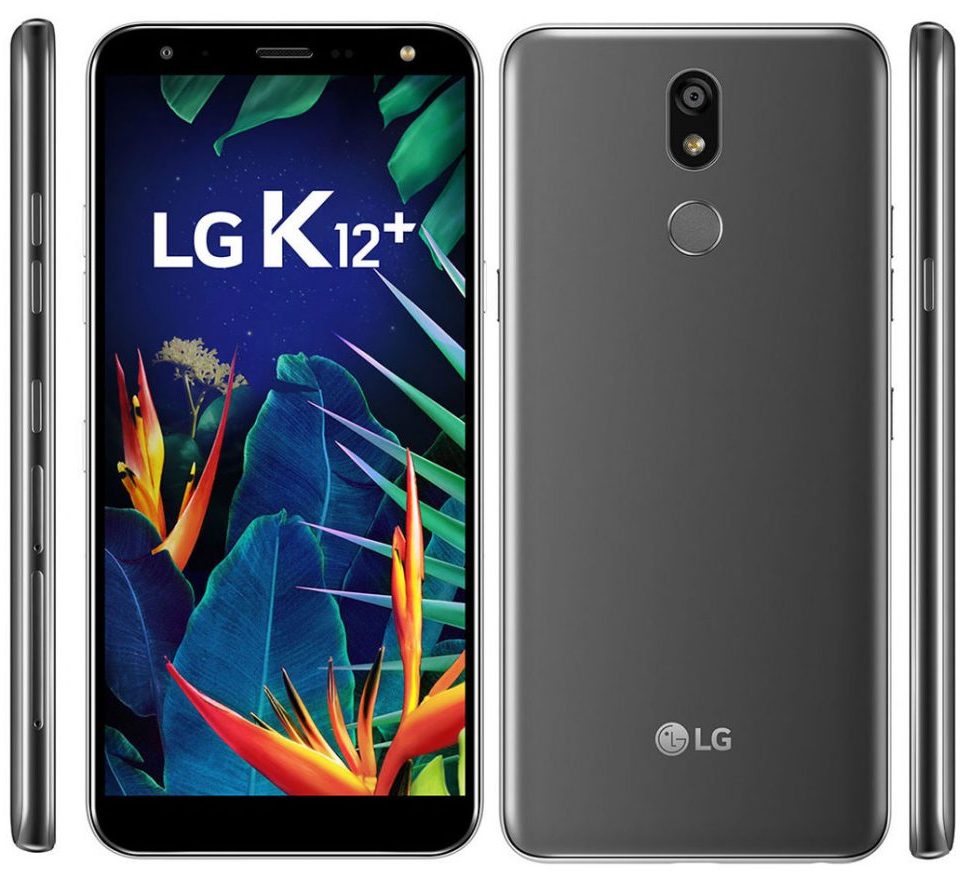 The smartphone manufacturer LG announced its latest smartphone LG K12+ witht the model number LG-LMX420 in Brazil at 1,199 Brazilian Real (US$305 / Rs. 21,190 approx.) and adds one more member in its K series smartphones. The smartphone LG K12+ has similar specifications as LG K40 that was announced recently.
The smartphone LG K12+ sports 5.7-inch HD+ 18:9 2.5D curved glass display with the resolution of 1440 × 720 pixels . It has 3GB RAM, internal storage capacity of 32GB , which can be further expandable via microSD card slot. It has the dimension of 153.0 x 71.9 x 8.3mm, dual-SIM functionality and also has a rear-mounted fingerprint sensor.
It is armed with 2GHz Octa-Core MediaTek Helio P22 (MT6762) 12nm processor with 650MHz IMG PowerVR GE8320 GPU and runs on Android 8.1 (Oreo).
It has received the MIL-STD-810G certification (Military level durability) which makes it face tough environmental conditions and makes it durable in various conditions such as vibration, high temperature, low temperature, thermal shock, and humidity.
It feature DTS:X 3D Surround Sound , also used in its predecessors LG K40 and LG K50.  It is designed in such a way that can challenge the the popular Dolby Atmos standard. The DTS:X offers up a number of features to improve the smartphone listening experience with the support of a 7.1-channel surround sound system. It has also Google Assistant Button, which helps the users to perform various tasks.

The camera section of the device LG K40 includes a 16MP rear camera with LED flash, PDAF and a front-facing camera of 8MP with LED flash.
Connectivity wise, it features 4G VoLTE, Wi-Fi 802.11 a/b/g/n, Bluetooth 4.2, GPS + GLONASS and supports 3.5mm audio jack, DTS:X 3D Surround Sound. It is backed up by a 3,000mAh battery.
The users can get the device LG K12+ in Moroccan Blue, Black and New Platinum Gray.