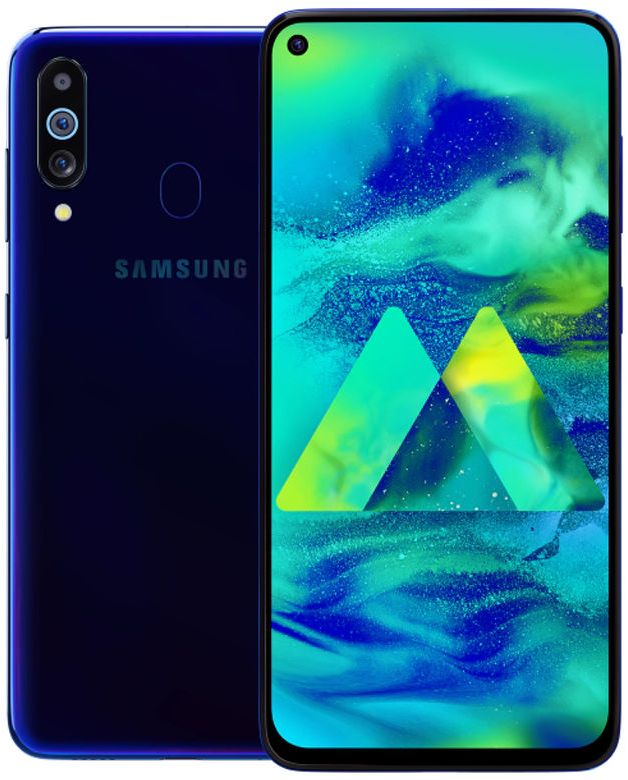 Finally, the tech giant Samsung launched the smartphone Samsung Galaxy M40 in the Indian market at Rs. 19,990 after revealing the detailed specifications of the device at the fixed schedule as it had stated recently.

The smartphone Samsung Galaxy M40 with mid-end specifications sports 6.3-inch Full HD+ Infinity-O LCD with the resolution of 2340 x 1080 pixels, having Corning Gorilla Glass 3 protection. It has 6GB RAM, internal storage capacity of 128GB, which can be further expandable up to 512GB via micro SD card slot. It has the dimension of 155.2 x 73.9 x 7.9mm ; weighs 169g and Hybrid Dual SIM (nano + nano / microSD) functionality. It has a rear-mounted fingerprint scanner.
The 3.5mm audio jack is not present in the device but it comes with USB Type-C earphones.
The smartphone uses screen sound technology that enables the display panel to produce audio vibrations without requiring a dedicated earpiece.
It is armed with 2GHz Octa-Core Snapdragon 675 Mobile Platform with Adreno 612 GPU and runs on Android 9.0 (Pie) with Samsung One UI.

The Indian users can get the device Samsung Galaxy M40 in Midnight Blue and Seawater Blue colors and the company will make it available from 19th June via Amazon.in.