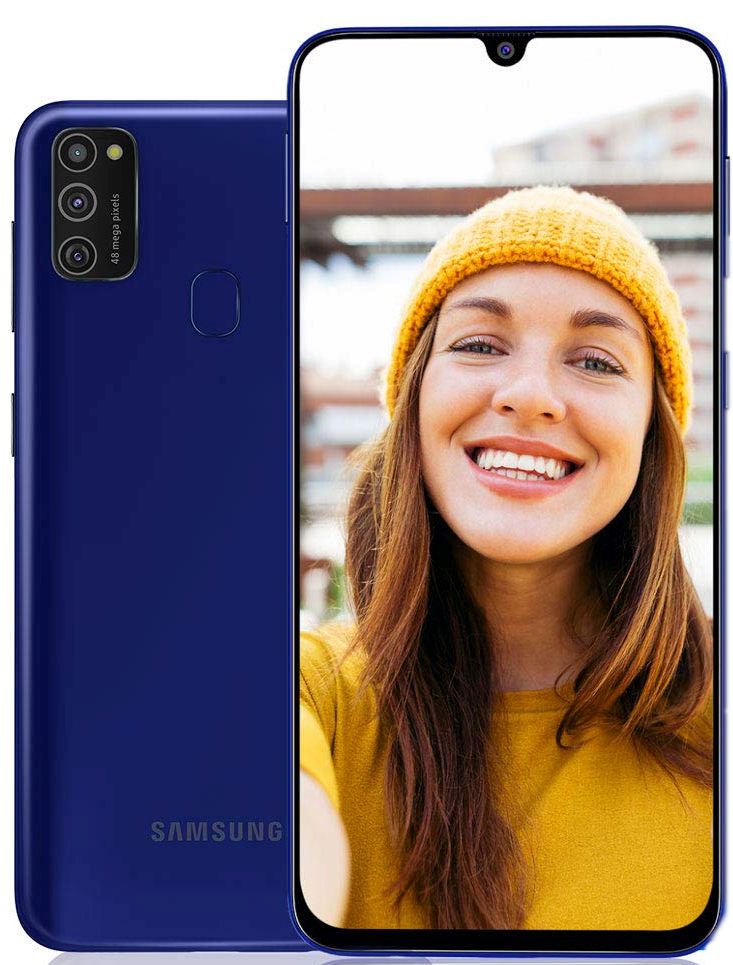 After the launching of Samsung Galaxy M31 in the Indian markets, the tech giant Samsung finally confirmed the arrival of Samsung Galaxy M21 for the Indian users on 16th March .The cost of the device is still not declared, but it will be cheaper version comparative to Galaxy M31. Since, the upcoming smartphone with the model number SM-M215F already spotted at Geekbench and revealed few of the specifications.

According to the latest rumored specifications, the device Samsung Galaxy M21 will come with Infinity-U Super AMOLED display. It will have 4GB RAM/6GB RAM with 128GB storage. It also comes rear-mounted fingerprint scanner.
It will be armed with Exynos 9611 10nm processor with Mali-G72MP3 GPU and will run on Android 10 with One UI 2.0.

The promotional image of the Samsung Galaxy M21 confirms that it will have triple rear cameras with 48MP rear camera while we have no information related to the other two cameras . It will also include a 20 MP front-facing camera.

It will be backed with a massive 6,000mAh battery with USB Type-C port and 15W fast charging. There is expectation that the users will get the device via Amazon.in in blue, black, and violet color options.