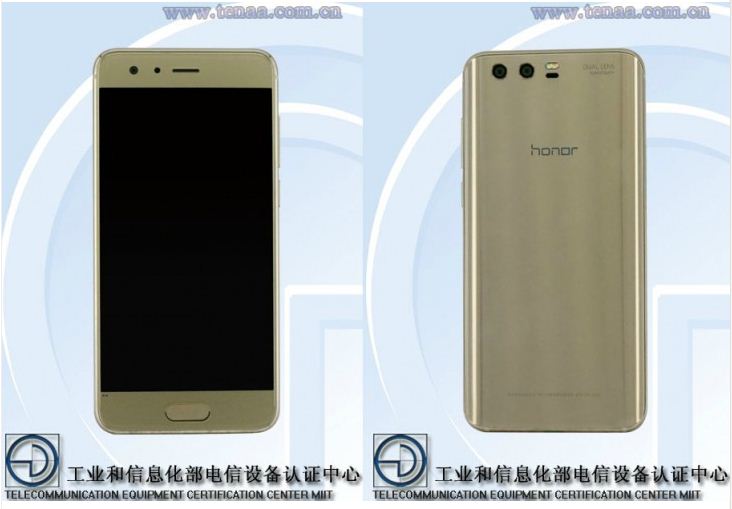 Recently, a rumor surfaced on the web via a trusted Weibo user that the upcoming smartphone Huawei Honor 9 is likely to be launched in Chinese market on 20th/21st  June, 2017. Now the device Honor 9 spotted on TENAA and revealed its specifications. The leaked design as well as the specifications of the device Honor 9 showed that it will have much similarity to its predecessor Huawei 8. But the device Honor 9 revealed a dual-LED flash and laser autofocus windows placed in horizontal while it is vertical position in the Honor 8.

According to the TENAA listing, the upcoming smartphone Huawei Honor 9 will sport a display of 5.19-inch with 1080pixels, 6GB RAM, dimension of 147.3 x 70.9 x 7.45 mm, internal storage capacity of 64GB , which can be further expandable . It will be powered by Kirin 960chipset with 2.4 GHz octa-core processor and will run on Android 7.0 Nougat.
The camera section of the smartphone Huawei Honor 9 will include a dual rear camera of a 12 MP and 20 MP arrangements and a front-facing camera of 8 MP for selfies lovers.