Gionee S11 likely to launch in India in January 2018 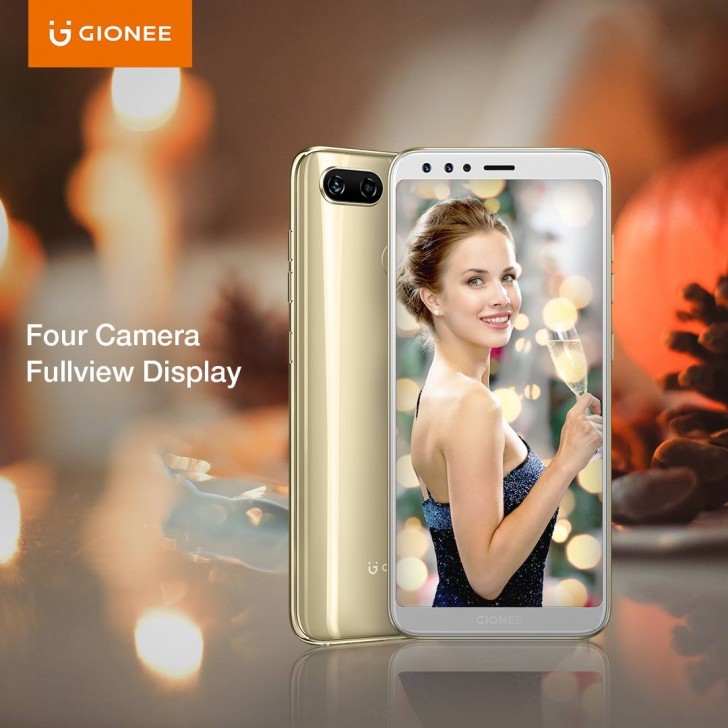 A latest rumor hit the web via Techook that the Chinese smartphone manufacturer Gionee is likely to launch its latest device Gionee S11. Since, the smartphone Gionee S11 has already launched in Chinese market last month. It is the successor of the Gioneee S10 that was announced along with Gionee S10B and Gionee S10C in China in May this year.

The main attraction of the device Gionee S11 is its four cameras that include 16MP + 8MP dual front cameras and 16MP + 5MP dual rear cameras.

Its predecessor Gionee S10 in metallic unibody sports 5.5-inch Full HD LTPS 2.5D curved glass display with the resolution of 1920× 1080 pixels, 6GB LPDDR4X RAM, internal storage capacity of 64GB, which can be further expanded up to 128GB via micro SD card slot. It is armed with 2.5GHz Octa-core MediaTek Helio P25 processor with Mali-T880 GPU and runs on    Android 7.0 (Nougat) with Amigo 4.0. It has the dimension of 155 x 76.78 x 7.35 mm and weighs 178g and has Hybrid Dual –SIM functionality. It houses a fingerprint sensor on its front.