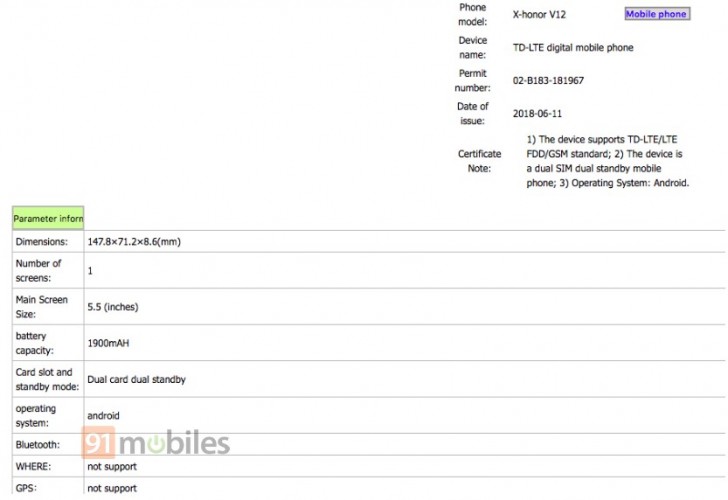 Recall, the device Honor V10 that was launched in November last year, after that we were expecting that the Huawei’s sub brand Honor will introduce the Honor V11, but it skipped and now it is preparing to announce the latest upcoming smartphone and also the sucessor Huawei Honor V12. The device with the model number X-honor V12  spotted on TENAA and also certified by FCC as well . 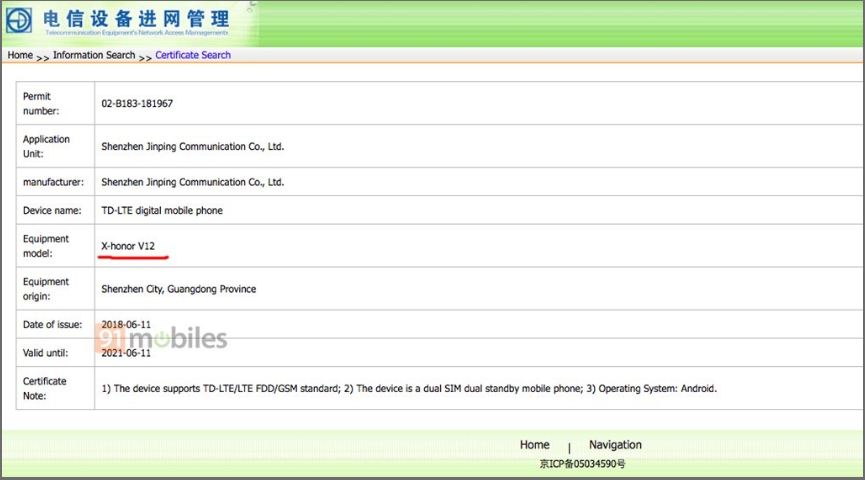 According to the TENAA listing , the device Huawei Honor V12 will sport a display of 5.5-inch. It will come with the dimension of 147.8×78.2×8.6mm and will be powered by 1900mAh battery . The leaked image also revealed that it will have a metal body with antenna lines. 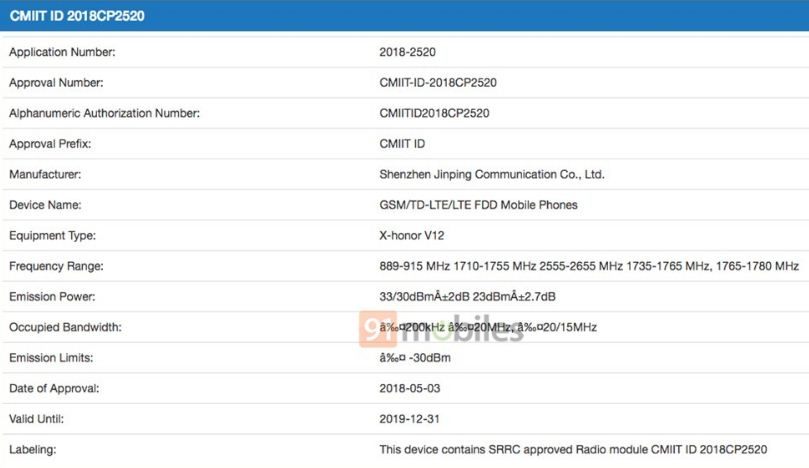 The sensors of the both of its cameras has not mentioned by the listing but suggests that it will come with  dual rear cameras, front camera with flash. It will also feature a rear-mounted fingerprint sensor and a 3.5mm audio jack on it.
The users will get it in golden color, but there is also expectation that the company will make it available in other colors.
The cost and date of its announcement is still not confirmed by the company yet.