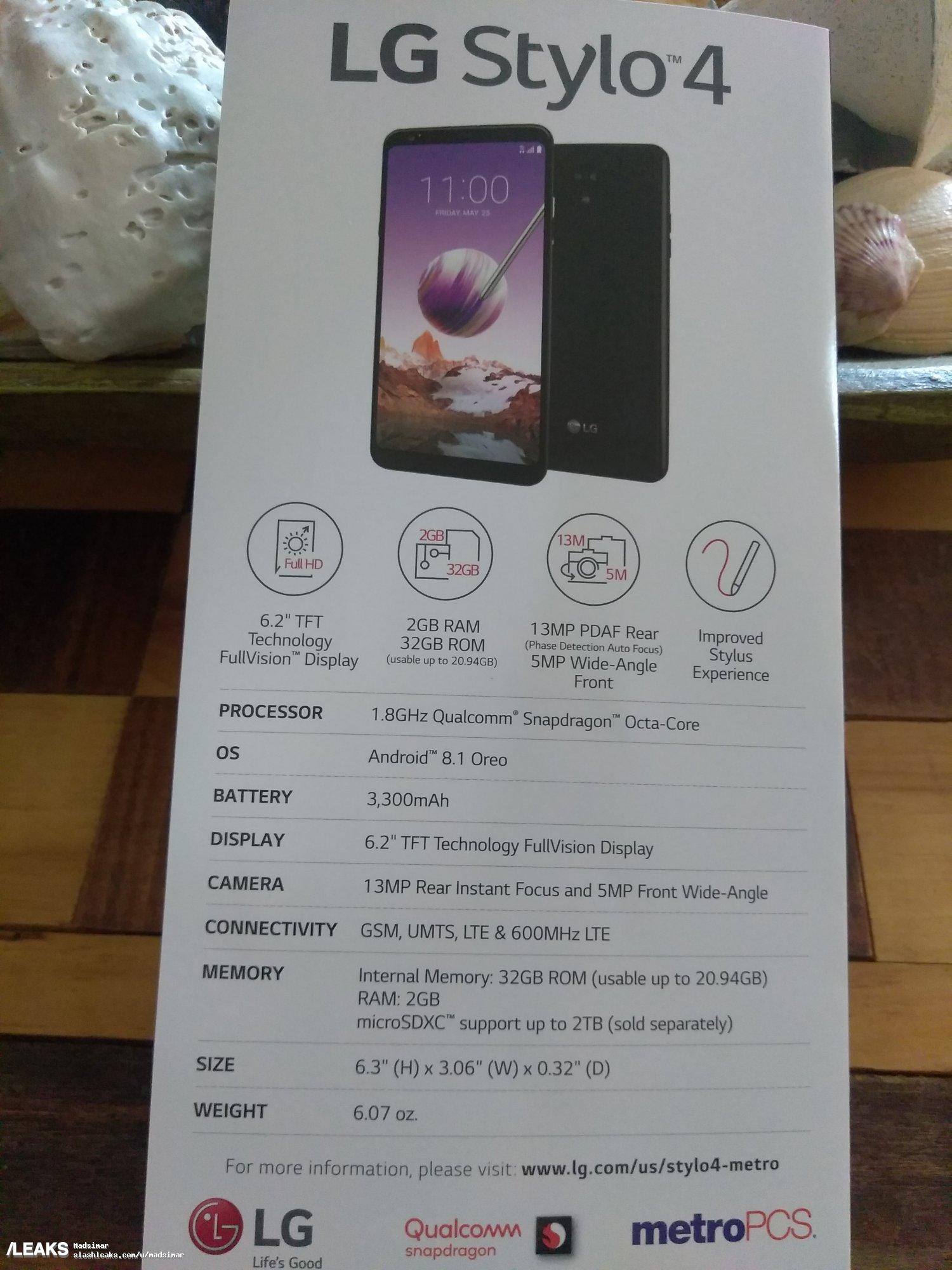 After the announcement of the smartphone LG K30 in the US last month, the specifications of the latest upcoming smartphone LG Stylo surfaced on the web via the reliable tipster Slashleaks. It will be the successor of the LG Stylo 3 , which was introduced at CES in January last year.

According to the tipster, the device LG Stylo 4 will come with  a 6.2-inch TFT FullVision display with 18:9 aspect ratio. It will have 2GB RAM, internal storage capacity of 32GB which can be further expanded up to 2TB. It will come with the dimension of 6.3 x 3.06 x 0.32 inches and weighs 6.017 ounces.
It will be armed with Qualcomm Snapdragon octa-core processor of 1.8GHz and will run on Android 8.1 Oreo .The device will  feature a stylus, which will give a amazing experience and feeling to the users like a pen during writing on the screen of the device .

The camera section of the smartphone LG Stylo 4 includes a rear camera of 13MP and a wide angle front-facing camera of 5MP.
Connectivity wise, it will feature 4G LTE, WiFi (802.11a/b/g/n/ac), GPS/AGPS, Bluetooth 4.2 and a micro USB port. The handset measures 6.3 x 3.06 x 0.32 inches and weighs 6.017 ounces. It will be backed up by 3,300mAh battery.
The cost and the date of its announcement is still not confirmed by the company.

it has a rear camera of 13MP and a front-facing camera of 8MP. It supports 4G LTE connectivity and it is powered by a 3,200 mAh removable battery.
The users can get the device LG Stylo 3 in Metallic Titan and Pink Gold.