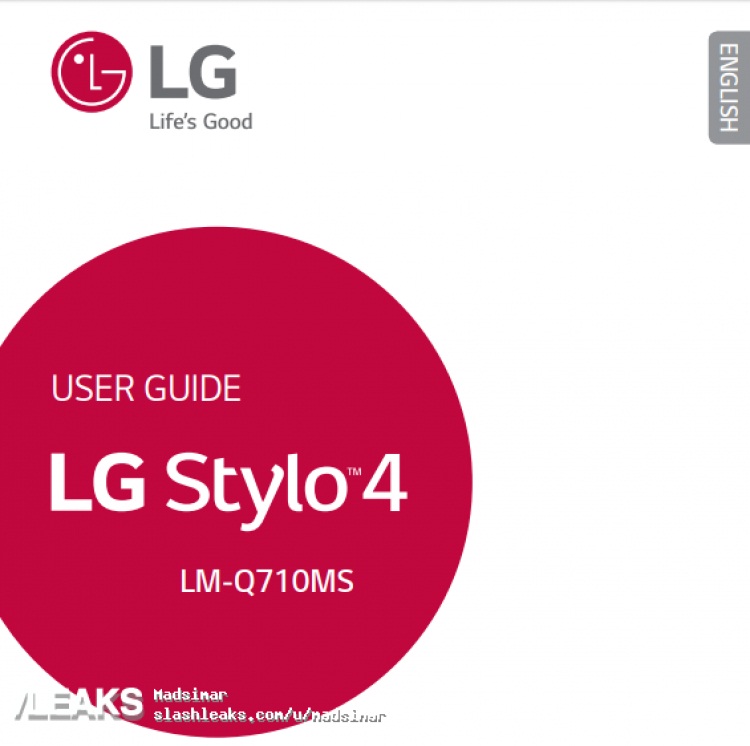 According to the user manual the smatphone LG Stylo 4 sports a 6.2-inch FullVision display with a resolution of 2160 x 1080pixels . It has 2GB RAM, internal storage capacity of 32GB, which can be expanded via microSD card slot. It has a rear-mounted fingerprint scanner and also features stylus .
It is powered by Qualcomm Snapdragon 450 octa-core chipset with 1.8GHz processor and runs on Android 8.1 Oreo.
The device has a rear camera of 13MP and a front-facing camera of 5MP with wide angle sensor. It also comes with a Google Lens-like feature called Q Lens, and DTS:X 3D surround audio. It is powered by a 3,300mAh battery .

The leaked manual also shows the position of the sensors, ports, and buttons along with a micro USB port placed at the bottom with a 3.5mm audio jack, a speaker grille, and a primary microphone. The volume keys can be seen on the left of the device above the SIM & MicroSD tray. The manual also leaked a notification LED and NFC for the device. The pricing and the date of its announcement are still covered.