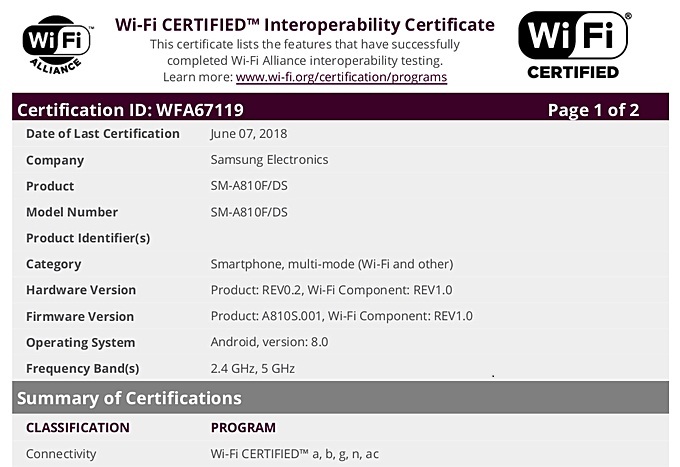 The upcoming smartphone Samsung Galaxy A8 (2016) with upgraded specification received the WiFi certification from WiFi Alliance. Since, the device has already been launched in October,2016, but with Android 6.0.1 (Marshmallow). The certification shows that the Samsung Galaxy A8 (2016) will have updated  Android 8.0 Oreo OS. But the exact date of the arrival of the upgraded model along with the cost is still unknown. There is expectation that the device will come with upgraded OS very soon, as the company is looking forward .

As we know the existing version Samsung Galaxy A8 (2016) sports Full HD Always-on Super AMOLED display of 5.7” with the resolution of 1920 x 1080 pixels . It has 3GB RAM, internal storage capacity of 32GB, which can be further expanded up to 256GB via microSD card slot.