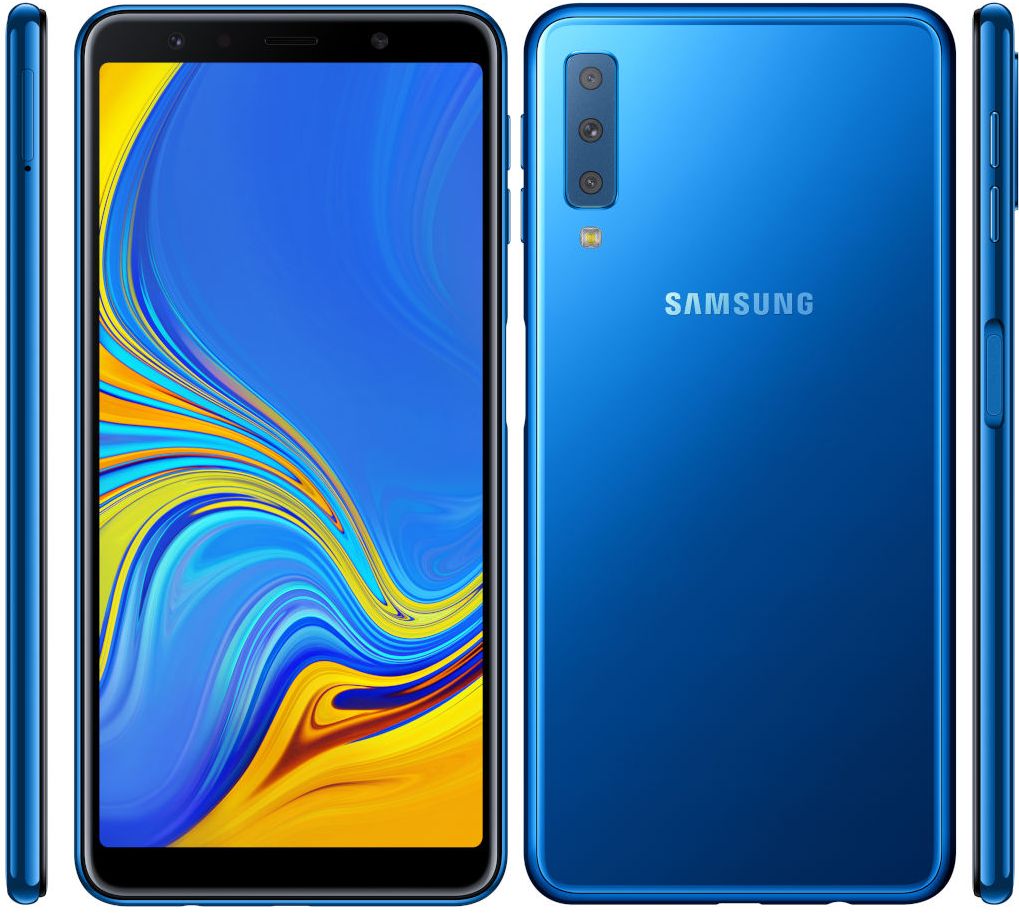 At last the smartphone manufacturer Samsung launched its latest mid-end smartphone Samsung Galaxy A7 (2018) in Indian market as it had confirmed  recently.
The smartphone manufacturer Samsung announced its latest smartphone Samsung Galaxy A7 (2018) with the model number SM-A750F. It has mid-end specifications.
The smartphone Samsung Galaxy A7 (2018) ( model number SM-A750F ) with metallic frame and glass back sports 6-inch Full HD+ Super AMOLED Infinity display with the resolution of 1080×2220 pixels. It has 4 GB RAM with 64GB / 128 GB Storage, 6GB RAM with 128GB storage, which can be further expandable up to 512GB via micro SD card. It has dual-SIM functionality. It has the dimension of 159.8 x 76.8 x 7.5 mm; and weighs 168g.
It is armed with Octa-Core ( 2.2GHz Dual + 1.6GHz Hexa) Exynos 7885 14nm processor with Mali-G71 GPU and runs on Android 8.0 (Oreo). It has a side-mounted fingerprint scanner.
The device also supports Dolby Atmos sound system which gives awesome experience to the users with amazing sound which seems to come from all directions, including overhead, with astonishing clarity, richness, power, and depth. It makes a complete audio environment around the user, it not only stops here, but also improves the sound of music, games, and television shows with perfectness.