Nokia 9 PureView with 8GB RAM ,penta rear cameras and an in-screen camera likely to be announced on 24th February 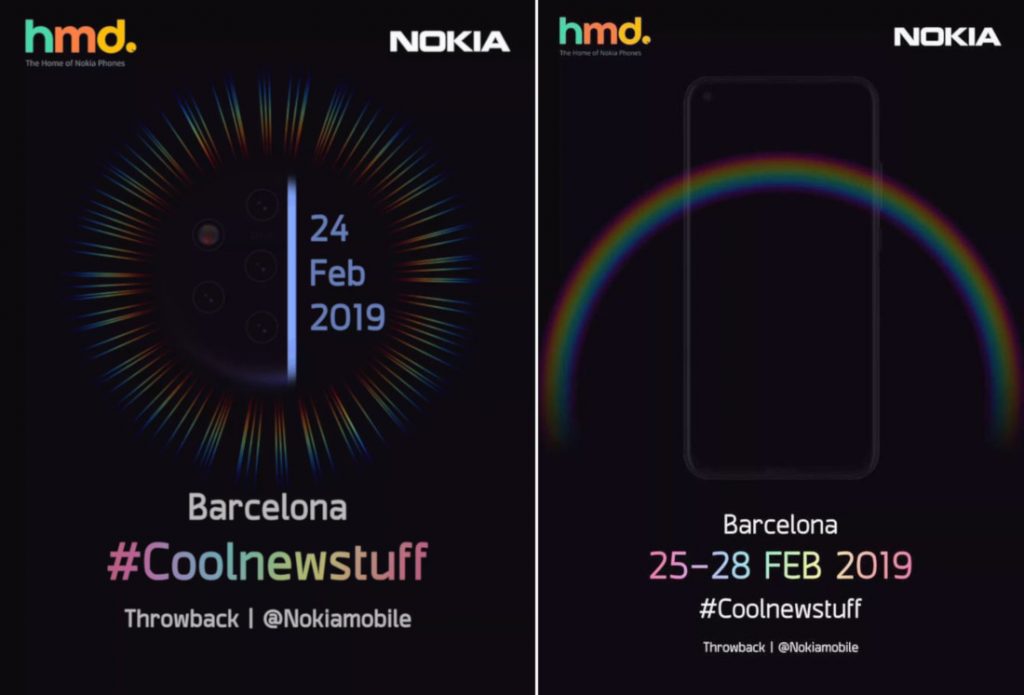 Earlier of this month, a promo video of the upcoming flagship Nokia 9 PureView was leaked revealing the detailed and clear design along with the features including the rear penta-cameras and in-screen cameras. Now as per the latest rumor, the HMD Global is likely to announce the smartphone on 24th February at the MWC 2019 event at Barcelona .

Also HMD Global’s chief product officer Juho Sarvikas, tweeted and hints that the upcoming event will be a huge show and tries to indicate it in its tweet. 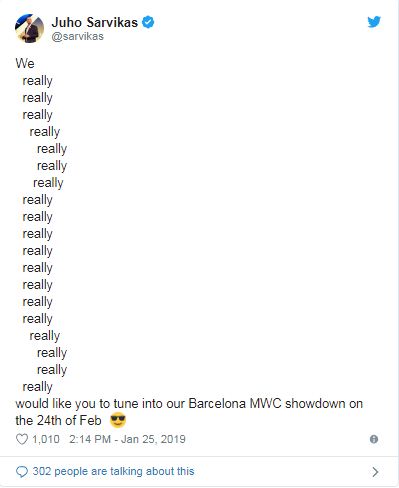 According to the latest rumor, the device Nokia 9 PureView with metal frame and glass back with the codename ‘Beholder’ will sport a 5.9-inch Quad HD OLED screen with the resolution of 1440 x 2960pixels. It will come with 8GB RAM, internal storage capacity of 128GB, which can be expandable via microSD card slot.It will be armed with Snapdragon 845chipset and will run on Android 9.0 (Pie) . It will feature an in-display fingerprint sensor, 18:9 aspect ratio . It will have a water resistance body  with IP68 ratings. 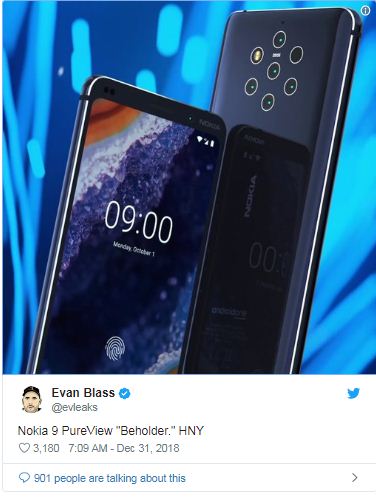 It will be embedded with a series of Zeiss branding five cameras on its back including a depth sensor and a front-facing camera of 12MP.
It will be backed up by massive 4,150 mAh battery.
Two of the smartphones either Nokia 8.1 Plus or Nokia 6.2 (2019) will also show their presence at the show.
The confirmed information related to the upcoming smartphones will be known very soon on its announcement.

You can buy your smartphones from – Amazon.in