Samsung Galaxy A6 gets Wi-Fi certification 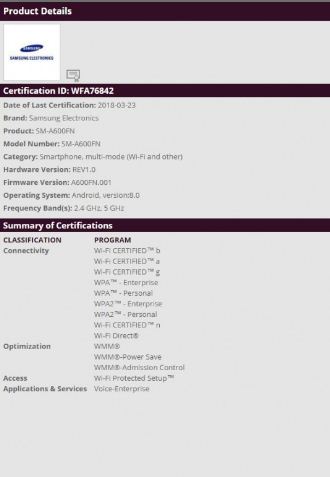 The device Samsung Galaxy A5 (2017) sports 5.2-inch Full HD Super AMOLED display with the resolution of 1920×1080 pixels and have Corning Gorilla Glass 4 protection. It has 3GB RAM, internal storage capacity of 32GB, which can be further expanded up to 256GB via microSD card slot.