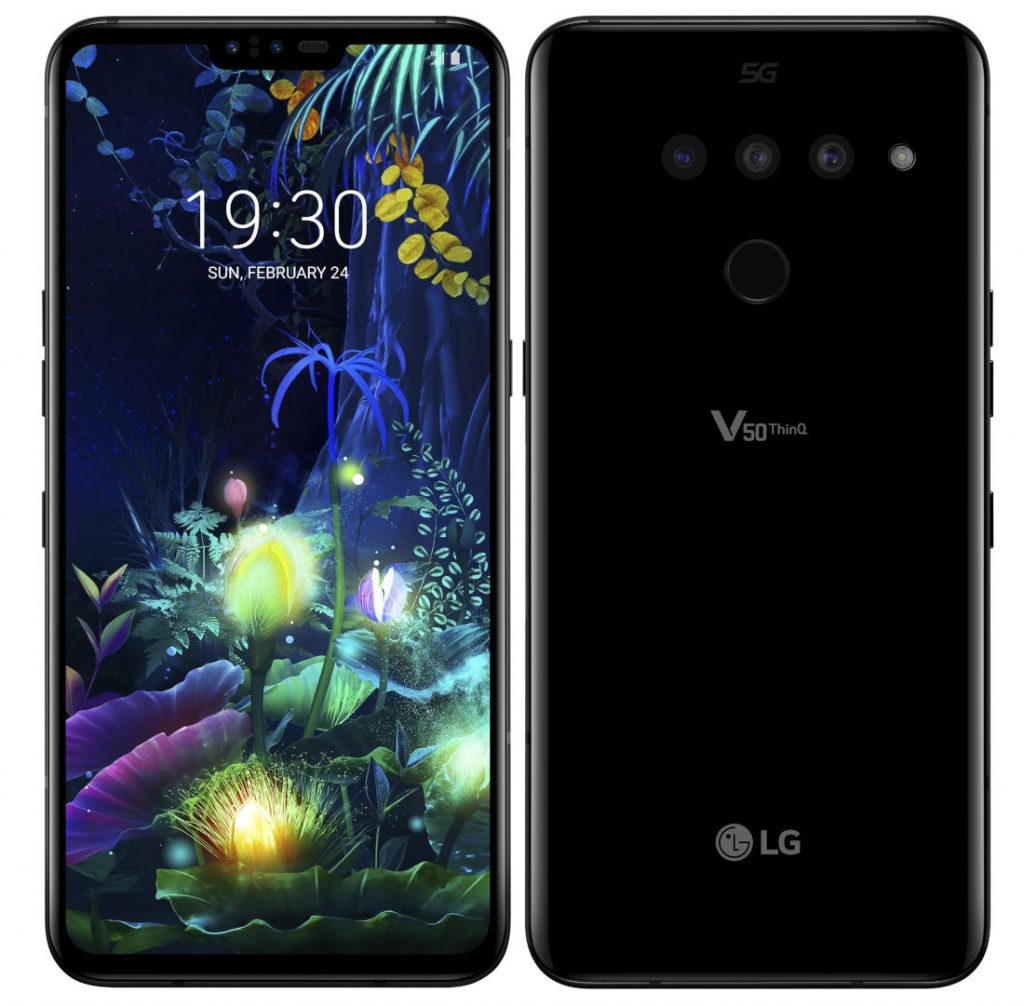 The smartphone manufacturer LG announced its first 5G smartphone LG V50 ThinQ 5G along with a couple of smartphones LG G8 ThinQ and LG G8s ThinQ at MMC , 2019 event.
The smartphone LG V50 ThinQ 5G sports 6.4-inch  FullVision OLED Display with the resolution of 3120 x 1440 pixels, 19.5:9 aspect ratio. It has 6GB LPDDR4x RAM, internal storage capacity of 128GB (UFS 2.1) , which can be further expandable up to 2TB via microSD card slot. It has the dimension of 159.2 x 76.1 x 8.3mm; weighs 183g and also has a Fingerprint sensor .
It has water and dust resistant body with IP68 ratings and also received MIL-STD 810G Certification, which makes it to survive from the fall over 8 feet onto a rough concrete surface with no damage to the case or phone.

It is armed with Octa-Core Qualcomm Snapdragon 855 7nm processor with Adreno 640 GPU with Snapdragon X50 5G Modem and runs on Android Android 9.0 (Pie). 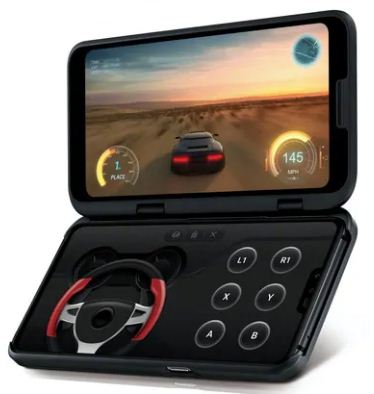 For the gaming and multitasking purposes, the smartphone company LG has also announced 6.2-inch OLED (2160 x 1080 pixels) FHD+ display, a Dual Screen accessory for the phone. The users can connect it through Pogo Pin to make it run from phone’s power.

The users can get the device LG V50 ThinQ in Astro Black and the company will make its availability later this year. The cost of the device will be known in coming days.