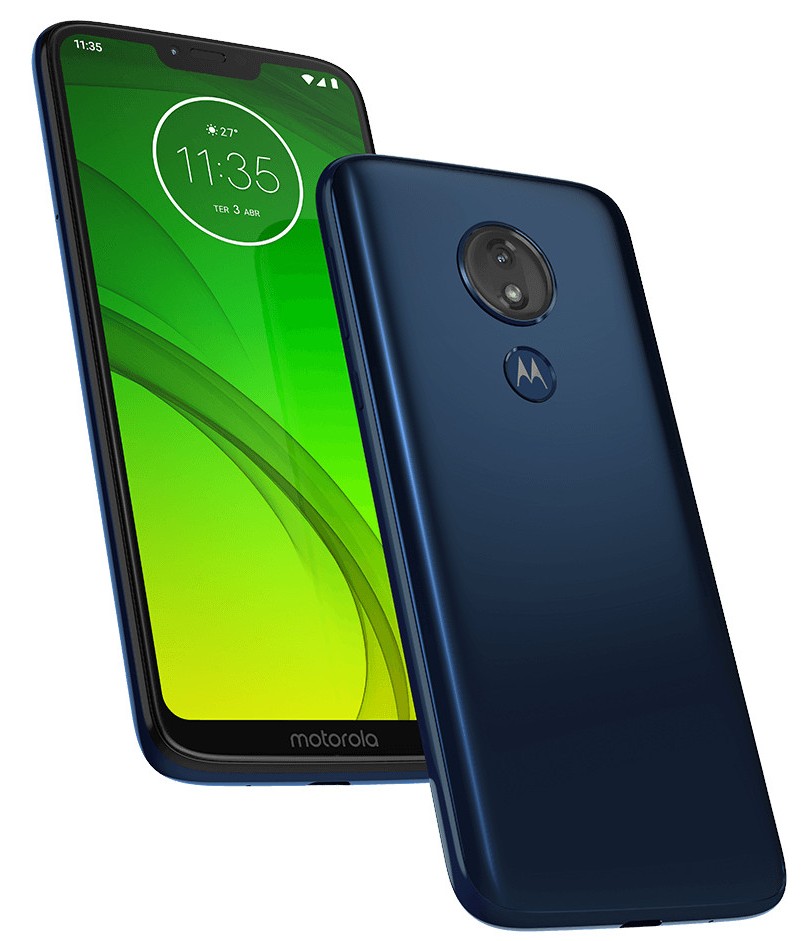 Earlier of this month, a series of Motorola Moto G series smartphones were announced and now one of the device from the Moto G series namely Moto G7 Power launched in Indian market at Rs. 13999.
The Motorola Moto G7 Power with polymer glass back sports 6.2-inch HD+ 19:9 2.5D curved glass display with the resolution of 1570×720 pixels, having Corning Gorilla Glass 3 protection. It has 4GB RAM, 64GB storage, which can be further expandable up to 512GB via microSD card slot. It has dual-SIM functionality, dimension of 160.83 x 76 x 9.4 mm; and weighs 198g.

It features a rear-mounted fingerprint sensor, USB Type-C Port and also have Water-repellent P2i nanotechnology, which comes with a super-thin coating on the smartphones and makes them liquid- and stain-repellent and also safely protected the devices from accidental spills, sweat, and light rain.
It is armed with 1.8GHz Octa-Core Snapdragon 632 14nm processor with Adreno 506 GPU and runs on Android 9.0 (Pie).
The camera section of the device Motorola Moto G7 Power includes a 12MP rear camera with LED flash, f/2.0 aperture, 1.25um pixel size and a front-facing camera of 8MP with f/2.2 aperture, 1.12um pixel size.
Connectivity wise, it features Dual 4G VoLTE, Wi-Fi 802.11 a/b/g/n (2.4GHz / 5GHz), Bluetooth 4.2 LE, GPS + GLONASS, USB Type-C and it is backed up by a massive 5000mAh battery with 15W Turbo charging.
The users can get the Motorola Moto G7 Power only in Ceramic Black color and they have the option to get the device from both offline and also from e-commerce company Flipkart very soon.
You can get the smartphones and accessories from Amazon.in  / Amazon.com.