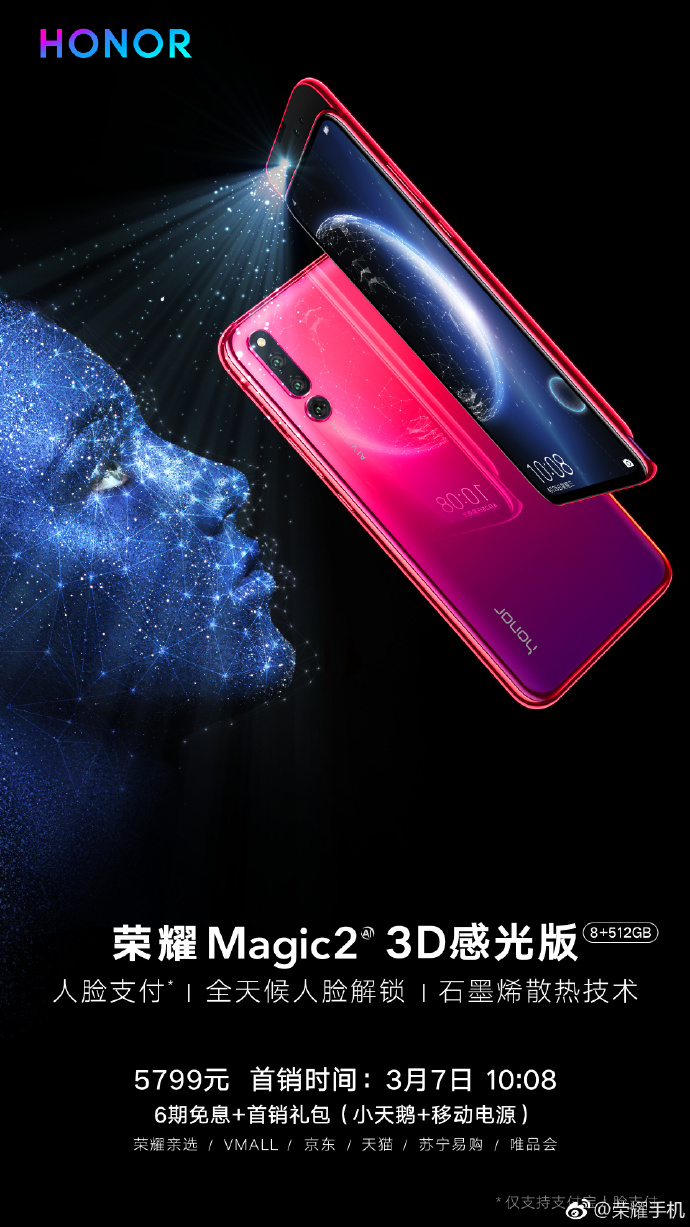 The Huawei’s sub-brand already announced Honor Magic 2 in October last year. Now the company announced the improved and the latest version Honor Magic 2 3D in China at 5799 yuan (US$ 864 / Rs. 60,525 approx.).
The main highlight of the device is its “structured light” 3D scanner on the front for face unlock functionality. Its 3D scanner can track 10,000 facial points and also comes with better result in the dark situation. Its 3D scanner allow the users to lock apps such as AliPay, for security purposes.