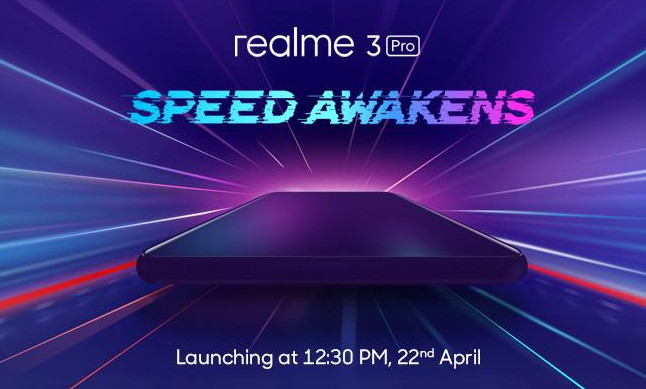 The latest upcoming smartphone Realme 3 Pro set to be launched in the Indian market on 22nd April , it is confirmed by the company at an event in Delhi University. It will be successor of the Realme 2 Pro that was launched in India on September last year. 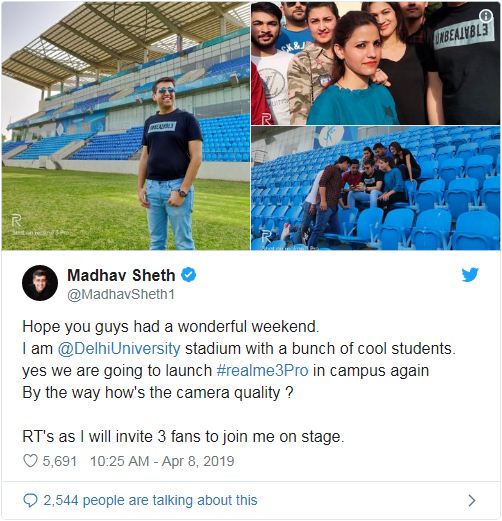 The leaked teaser shows the catchline ‘Speed Awakens’ , which hints that it will come with powerful chipset and also supported by the Realme CEO Madhav Sheth about its magnificent performance.
According to the latest rumor, the smartphone Realme 3 Pro will sport 6.3 inche IPS LCD with the resolution of 1080 x 2340 pixels, Aspect Ratio 19.5:9. It will come with 6GB RAM , internal storage capacity of 64 GB, which can be further expandable up to 256 GB Camera.
It  will be armed with Qualcomm Snapdragon 710chipset with Octa core (2.2 GHz, Dual core, Kryo 360 + 1.7 GHz, Hexa Core, Kryo 360) processor and will run on Android v9.0 (Pie).
The camera section of the device Realme 3 Pro includes 48MP rear camera and 25MP front-facing camera.
It will be powered by 4500mAh battery.
Since, these are the specifications  based on the speculation, we have to wait few more days to get the confirmed specifications related to it.The cost of the device is still unconfirmed , but it is expected that it will be priced at about Rs.18990.