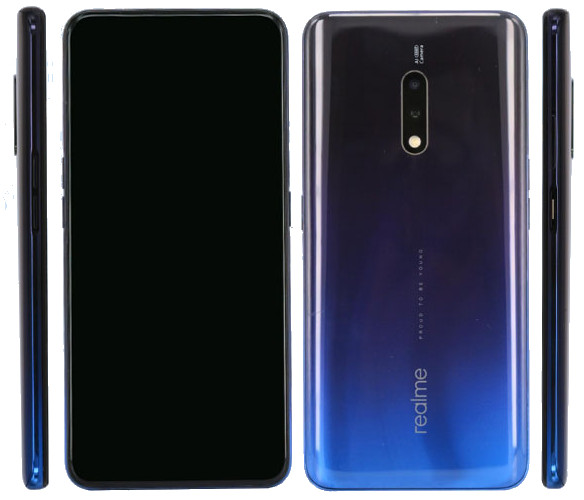 Just after launching of Realme 3, now one more smartphone Realme X is preparing for its launching in the Indian market very soon, since it has certified by the Bureau of Indian Standards (BIS) certification. Also it has already spotted at TENAA earlier.

According to the BIS listing a couple of Realme smartphones with Model numbers RMX1901 and RMX1945 are likely to be announced with Qualcomm Snapdragon 730 SoC chipset.
As per the latest rumor, the upcoming smartphone Realme X will come with a display of 6.5-inch , dimension of 161.2×76×9.4mm. It will run on Android 9.0 (Pie) with ColorOS 6.0. It will feature AI dual 48MP camera with 5MP secondary camera and it will be backed up by a 3680mAh battery with VOOC 3.0 fast charging. It will have a fingerprint scanner on its back .
There is expectation that both the upcoming Realme models will be first announced in China this month, so we have to wait few more days to get more detailed specifications along with the cost.