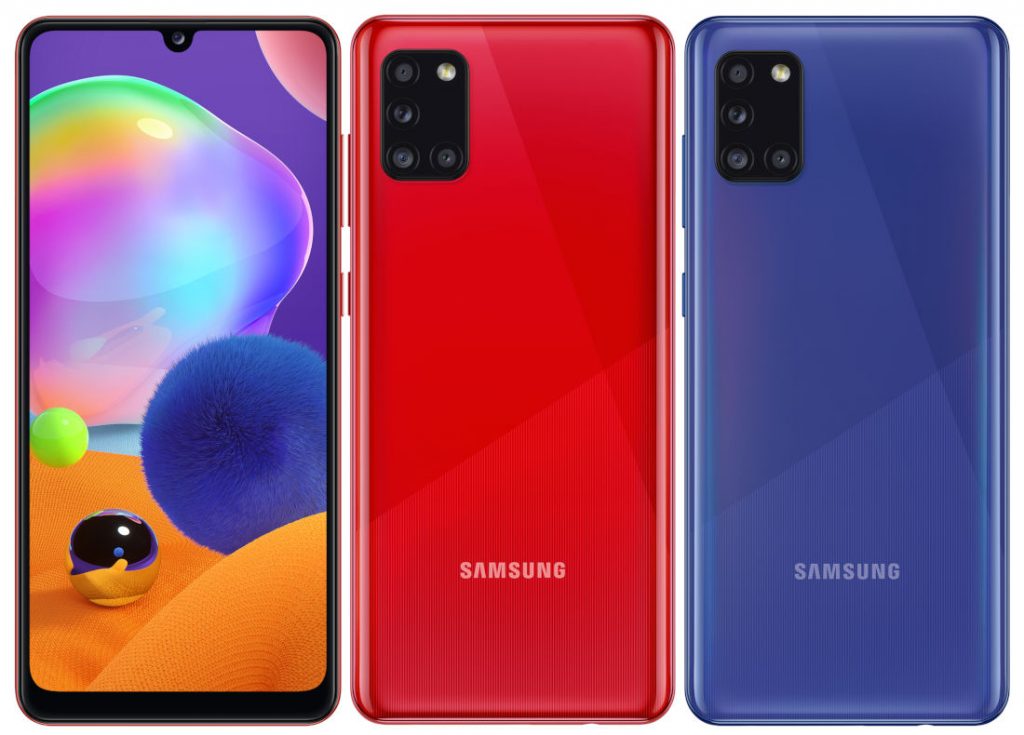 The tech giant Samsung set to launch its latest smartphone Samsung Galaxy A31 in the Indian markets on 4th June. As we know it has already announced in March this year.

The smartphone Samsung Galaxy A31 with a glasstic body with dual-tone finish sports 6.4-inch Full HD+ Infinity-U Super AMOLED display with the resolution of 2400 x 1080 pixels. It has 4GB LPDDR4x RAM with 64GB / 6GB LPDDR4x RAM with 128GB, which can be further expandable up to 512GB via micro SD card slot. It has Dual SIM (nano + nano / microSD) functionality. It comes with Fingerprint sensor and also features Samsung Pay.
It is armed with Octa Core MediaTek Helio P65 12nm processor with ARM Mali-G52 GPU and runs on Android 10 with One UI 2.0.