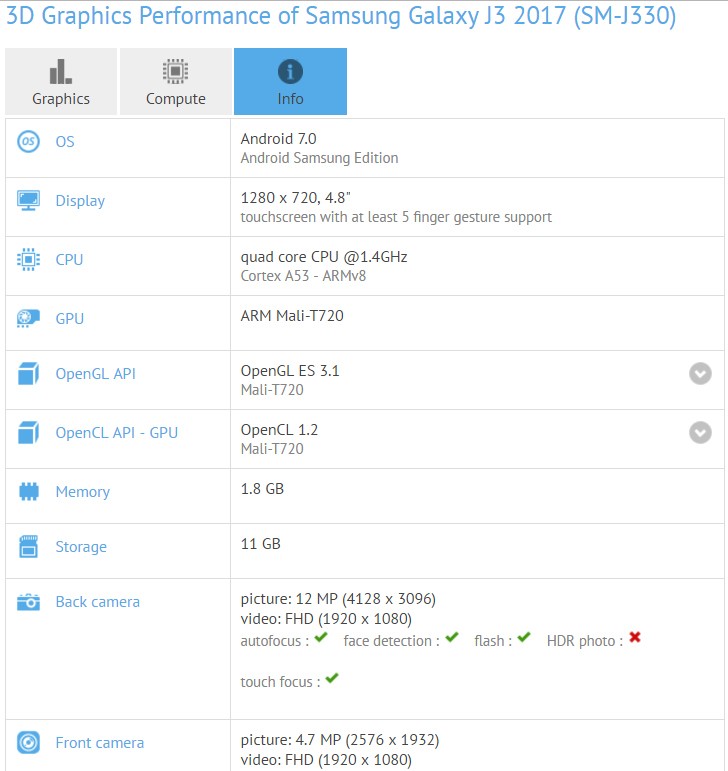 A couple of days ago, the upcoming smartphone Samsung Galaxy J3 (2017), showed its presence on GeekBench database. Now the same device Samsung Galaxy J3 (2017) with the model number SM-J330 spotted on GFXBench and revealed its specifications.
According to the GFXBench listing, the smartphone Samsung Galaxy J3 (2017) sill sport a display of 4.8-inch with the resolution of 720pixels, 2GB RAM, internal storage capacity of 16GB, which can be further expanded. It will be armed by a 1.4 GHz quad-core Cortex-A53 processor and runs on Android 7.0 Nougat.
The camera section of the device will include rear camera of 12MP and a front-facing camera of 5MP.Both the camera will feature video recording with 1080pixels.