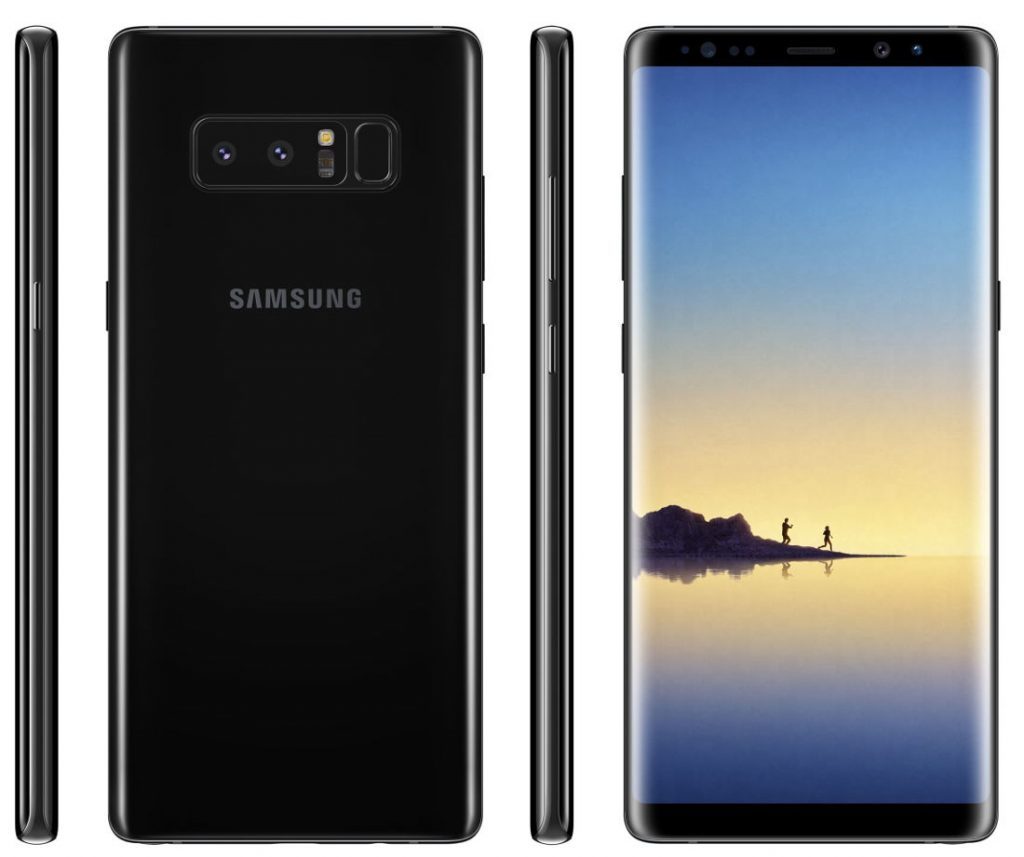 Few days ago, the upcoming flagship device Samsung Galaxy Note8 with the model number SM-N950F revealed on Geekbench with specifications including 6GB of RAM, it will be powered by the Exynos 8895 chipset and runs on Android 7.1.1 Nougat. 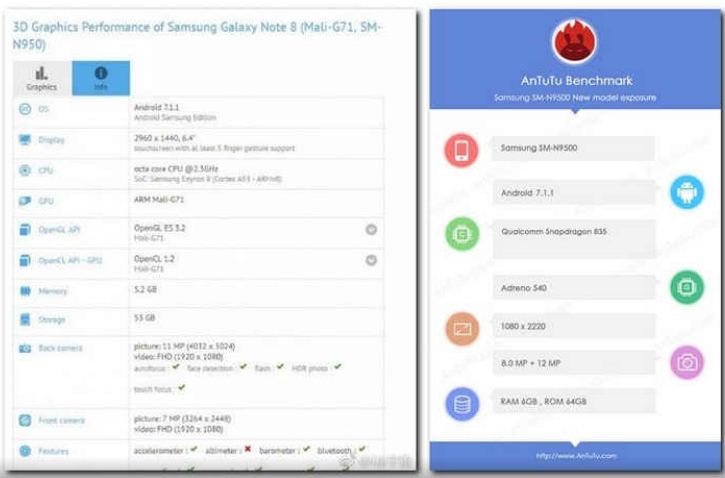 Now the device Samsung Galaxy Note8 spotted on both the benchmarks GFXBench and AnTuTu and adds more new information related to its specifications.

According to the AnTuTu listing, the device Samsung Galaxy Note8 with the model number SM-N9500 will be armed with the Snapdragon 835chipset with the Adreno 540 GPU and will run on Android 7.1.1 Nougat. It will come with internal storage capacity of 64 GB; its display will have the resolution of 1080 x 2220pixels.
Also it has scored over 179, 000, higher than the Galaxy S8+ which was gained 168,133 in AnTuTu benchmark.

The device will feature dual camera setup of 12 MP added with 8 MP sensors.

The GFXBench listing also revealed few differences including its Exynos 8895 chipset with Mali-G71 GPU, display of 6.4-inch with the resolution of 1440 x 2960 pixels.

Both the benchmarks didn’t reveal the battery capacity of the device.

It will be backed up by a 3300mAh battery. It will include improved split-screen multitasking, new S Pen features such as full-sentence language translation and currency conversion and ability to pin handwritten notes to the always-on display. It will also have DeX support. The fingerprint sensor will be placed to the right of the flash and heart rate sensor. It will be available in Black, Blue and Gold colors. The device will have dual rear camera of 12MP with independent optical image stabilization.

We will get more confirmed specifications on its announcement which will take place on 23rd August and the device will be available in Midnight Black, Deep Blue, Gold and Silver colors. There is expectation that the users of Korean and the US will get the device  Samsung Galaxy Note8 from 15th September at about 999 Euros (US$ 1118 / 72120 approx.) .