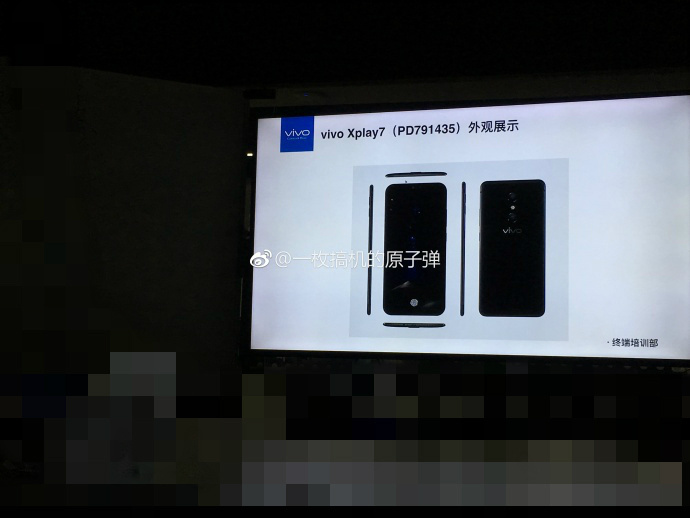 A latest upcoming flagship smartphone Vivo Xplay7 leaked via slides and likely to be announced in coming days. The main attraction of the device will be its 10 GB RAM. If we believe the rumor, then it will become the first in the world to get 10GB RAM by surpassing the 8GB RAM smartphones such as Asus Zenfone AR, OnePlus 5, OnePlus 5T and Xiaomi Mi Mix 2. 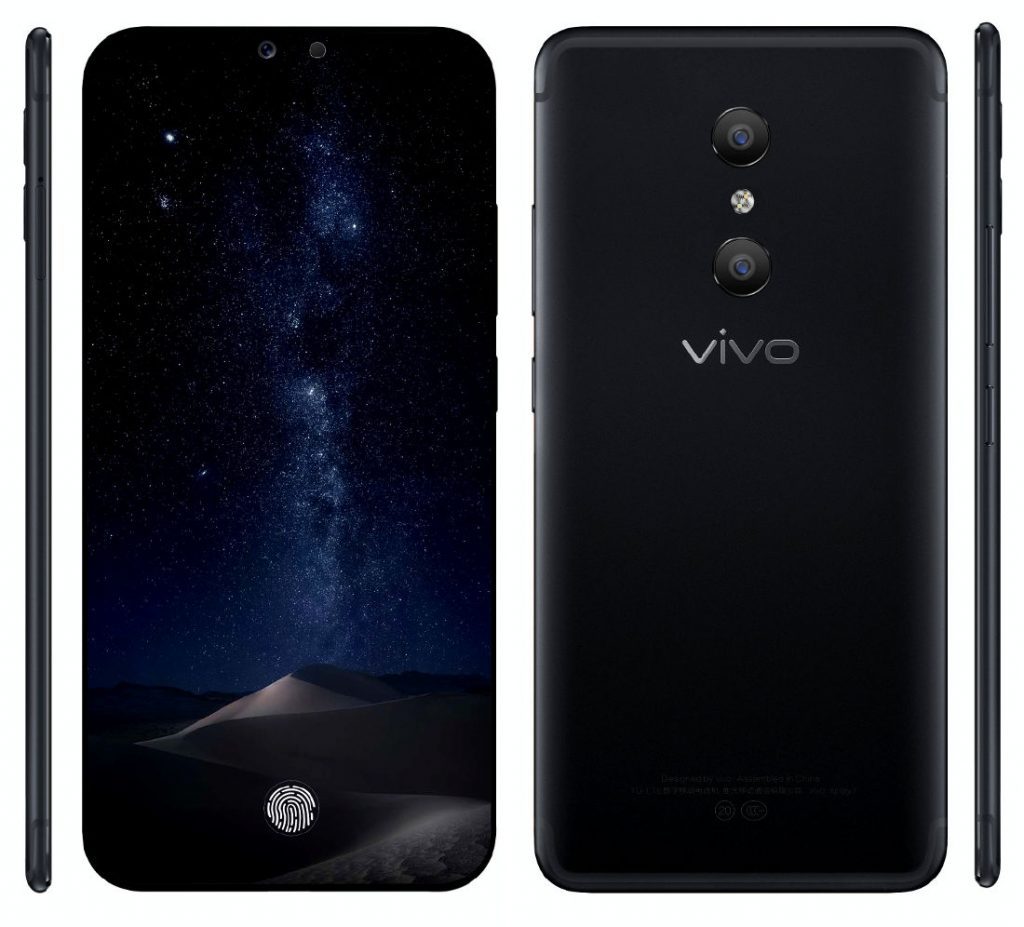 The leaked slides also indicate that the upcoming flagship Vivo Xplay7 will sport 4K OLED display with 92.9% screen-to-body ratio, internal storage capacity of 256GB and 512GB and it will be armed with a Snapdragon 845chipset.It will feature Dual IMX Sony sensors offering 4x optical zoom. 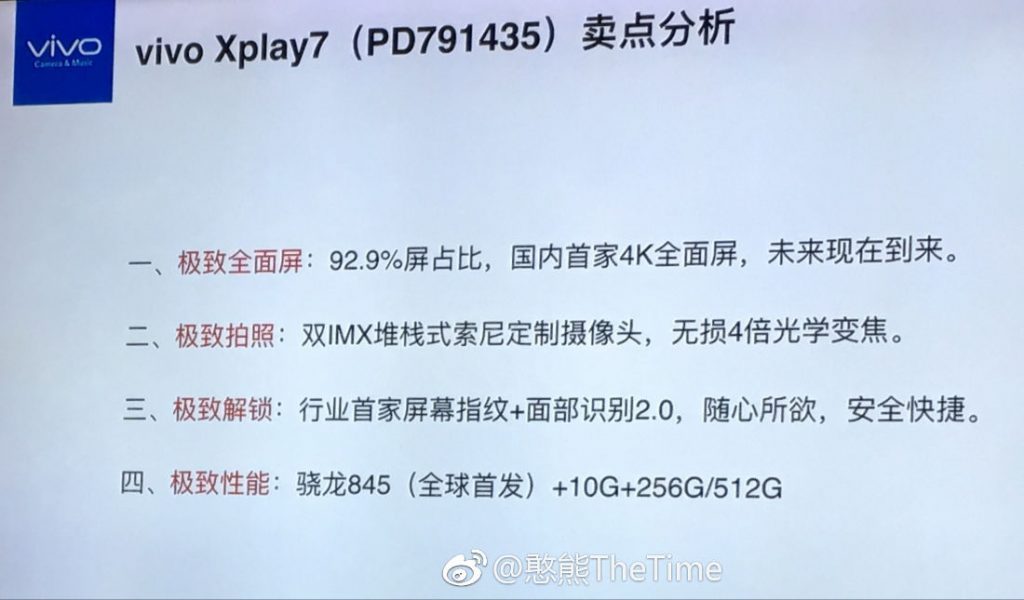 There is also expectation that it will borrow the same under-the-display fingerprint scanner as used in the Vivo X20 Plus UD that was announced recently. Since, the smartphone manufacturer Vivo is still silent on it and didn’t reveal a single word related to it, so don’t take it as confirmation but wait and watch for more information.