Samsung Galaxy A2 Core launched in India at Rs. 5290 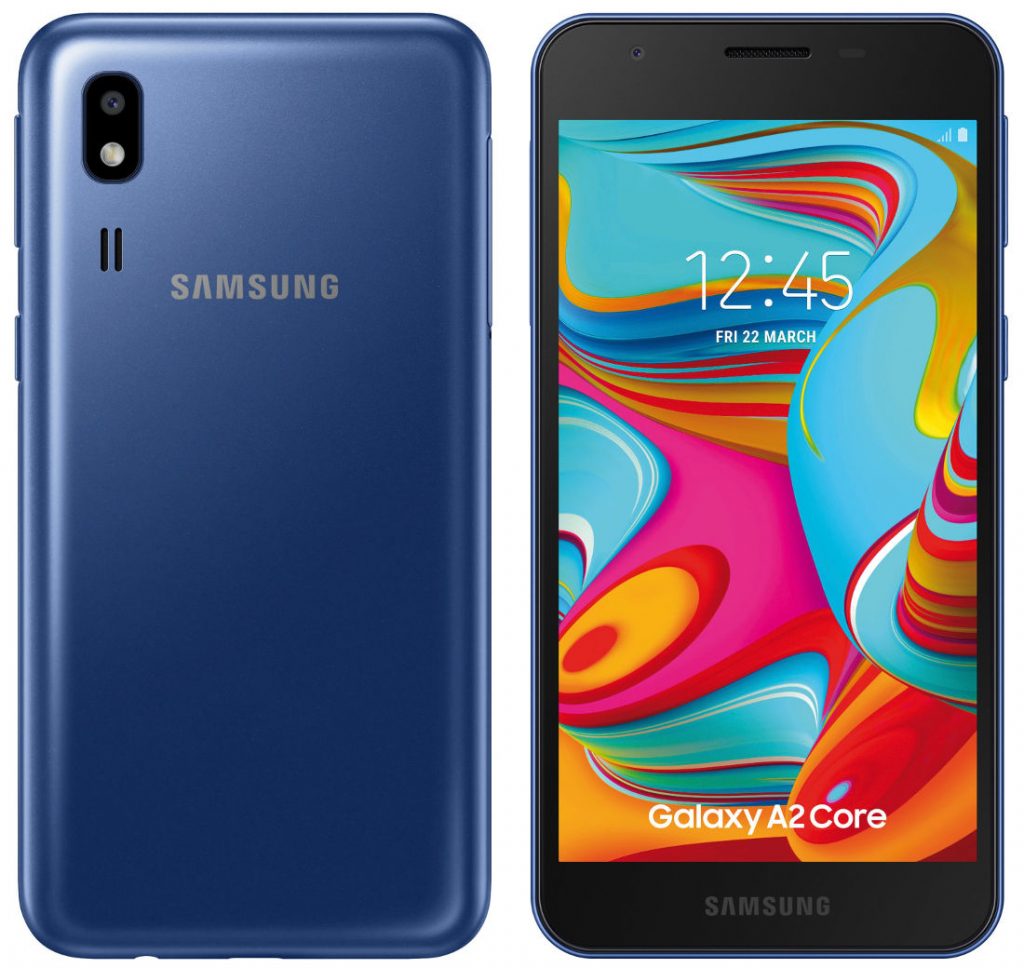 The smartphone manufacturer Samsung launched its latest affordable smartphone Samsung Galaxy A2 Core in the Indian market at Rs. 5290.
The smartphone Samsung Galaxy A2 Core sports 5-inch QHD TFT display with the resolution of 540 x 960 pixels. It has 1GB RAM, internal storage capacity of 16GB, which can be further expandable up to 256GB via microSD card slot. It has dual-SIM functionality, dimension of 141.6 x 71 x 9.1mm; and weighs 142g.
It is armed with 1.6GHz Octa-Core Exynos 7870 processor with Mali T830 GPU and runs on Android 9.0 Pie (Go edition).
It has a rear camera of 5MP with LED flash, f/1.9 aperture and front-facing camera of 5MP.
Connectivity wise, it features 4G VoLTE, Wi-Fi b/g/n, Bluetooth 4.2 LE, GPS and supports 3.5mm audio jack, FM Radio. It is backed up by 2600mAh battery.
The users can get the smartphone Samsung Galaxy A2 Core in Black and White colors and the company has started its sale through offline stores.