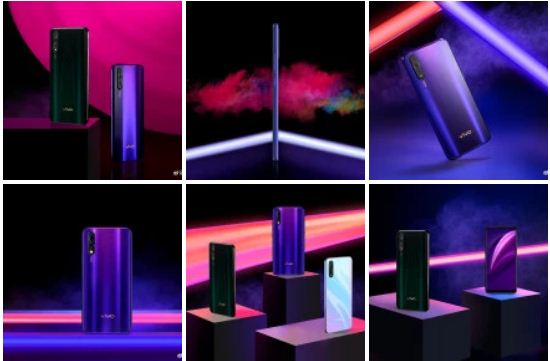 The camera section of the device Vivo Z5 will have triple rear cameras including 48MP rear camera with LED flash, 8MP wide-angle camera, 2MP depth sensor camera and a front-facing camera of 32MP with f/2.0 aperture.
Connectivity wise, it will feature Dual 4G VoLTE, WiFi 802.11 ac (2.4GHz + 5GHz), Bluetooth 5, GPS + GLONASS and it will be backed up by 4500mAh battery with fast charging.

The smartphone company Vivo will make the device Vivo Z5 available in Black, Black and Aurora Blue colors and its cost will be known on its announcement.