Motorola Moto E6 Plus with dual rear cameras announced,Price starts at €139 (US$ 153) 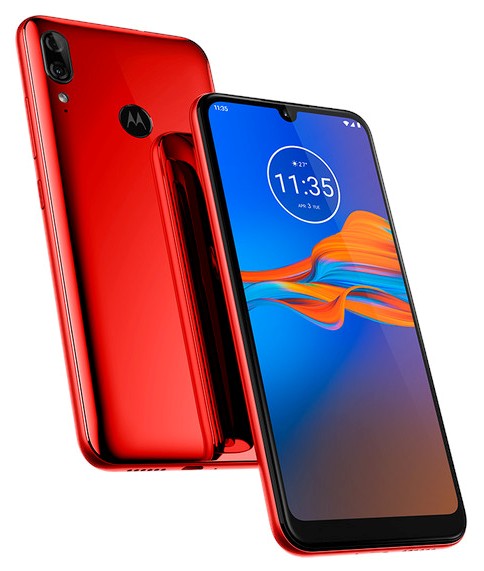 It has P2i water-repellent nano coating, which makes it liquid- and stain-repellent.
As we know P2i’s nanotechnology is a super-thin coating less than 30nm thick, or in other words, we can say that it is about 1000 times thinner than a human hair for electronic devices that essentially make them liquid- and stain-repellent.
It is armed with 2GHz Octa Core MediaTek Helio P22 (MT6762) 12nm processor with 650MHz IMG PowerVR GE8320 GPU and runs on Android 9.0 (Pie).

The users can get the device Moto E6 Plus in Caribbean Blue, Rich Cranberry, Bright Cherry, and Polished Graphite colors. The cost of the device starts at €139 (US$ 153 / ₹11,080 approx.). The selling of the device is already going on  in Latin America, and the company will make it available this month in Europe.